On May 23, 2019, I had the privilege to attend the American Cancer Society 14th Annual Taste of Hope event in New York City. I purchased my VIP ticket in person at $300 which included a gift bag and early access to food and drink. This year’s event had four honorees: Dana Cowin was this year’s Survivor Honoree. She served as Editor-in-Chief for Food and Wine Magazine from 1995-2016. She recently launched “Speaking Broadly”, a podcast that focuses on highlighting and linking amazing women in the food industry. There were two culinary honorees: The first honoree was Ralph Scamardella, Partner and Chef of the TAO Group. The TAO Group consists of restaurants such as TAO Uptown, TAO Downtown, LAVO, Dream Downtown, Dream Midtown, and Legasea in New York City alone. The Group also have restaurants in Las Vegas and Los Angeles. The second honoree was Michael Lomonaco, Chef/Partner of Porter House Grill and Bar and Center Bar both located in the Time Warner Building in Columbus Circle. Recently, he opened the Hudson Yards Grill in Hudson Yards. Finally, we had a corporate honoree. This year’s honoree was Otto Cedeno founder of Otto’s Tacos. Otto’s Taco has been part of the American Cancer Society community for the past three years and is known for his awareness for Breast Cancer Month every October by selling “pink” tacos.

There were lots of food especially lobster which I am allergic to. Since I had a heavy steak meal the night before I went pescatarian for this event. Therefore, here are my favorite savory and sweet tastings from the event:

For an event that was held at the beginning of Memorial Day weekend, it was a success. Personally I cannot wait for next year’s 15th Annual Taste of Hope event scheduled to take place on Thursday May 21, 2020. Stay tuned for more details for details.

On May 10, 2018, I attended the American Cancer Society 13th Annual Taste of Hope event in New York City. I purchased my VIP ticket at $275 which included a gift bag and early access to the food and festivities.  The event had two honorees:  Sarabeth Levine was this year’s culinary honoree and Chef Antonio Prontelli was this year’s survivor honoree.

My top 5 favorite savory tastings from the event were the:

My top 5 sweet tastings from the event were the:

Below are images from the event. 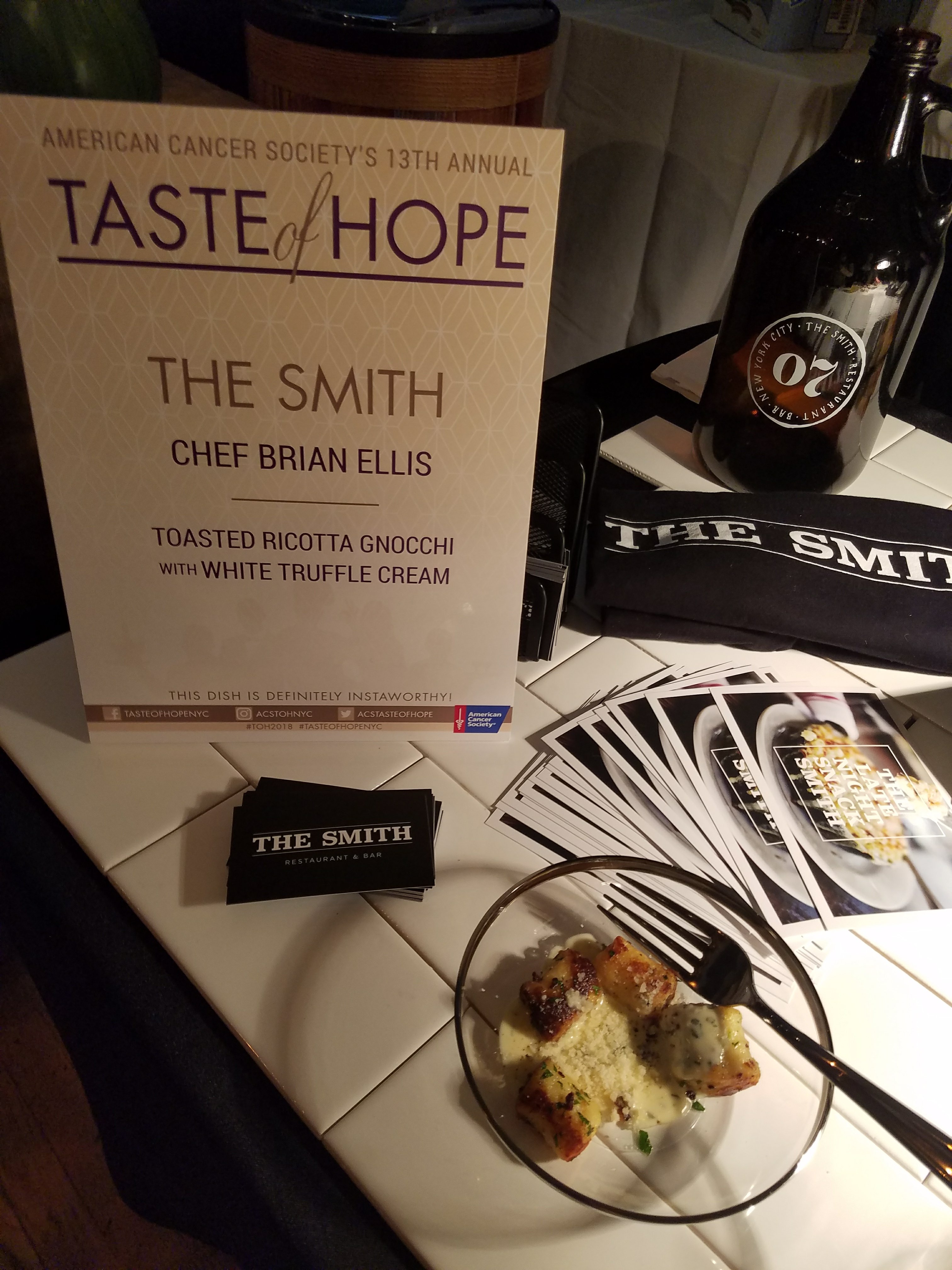 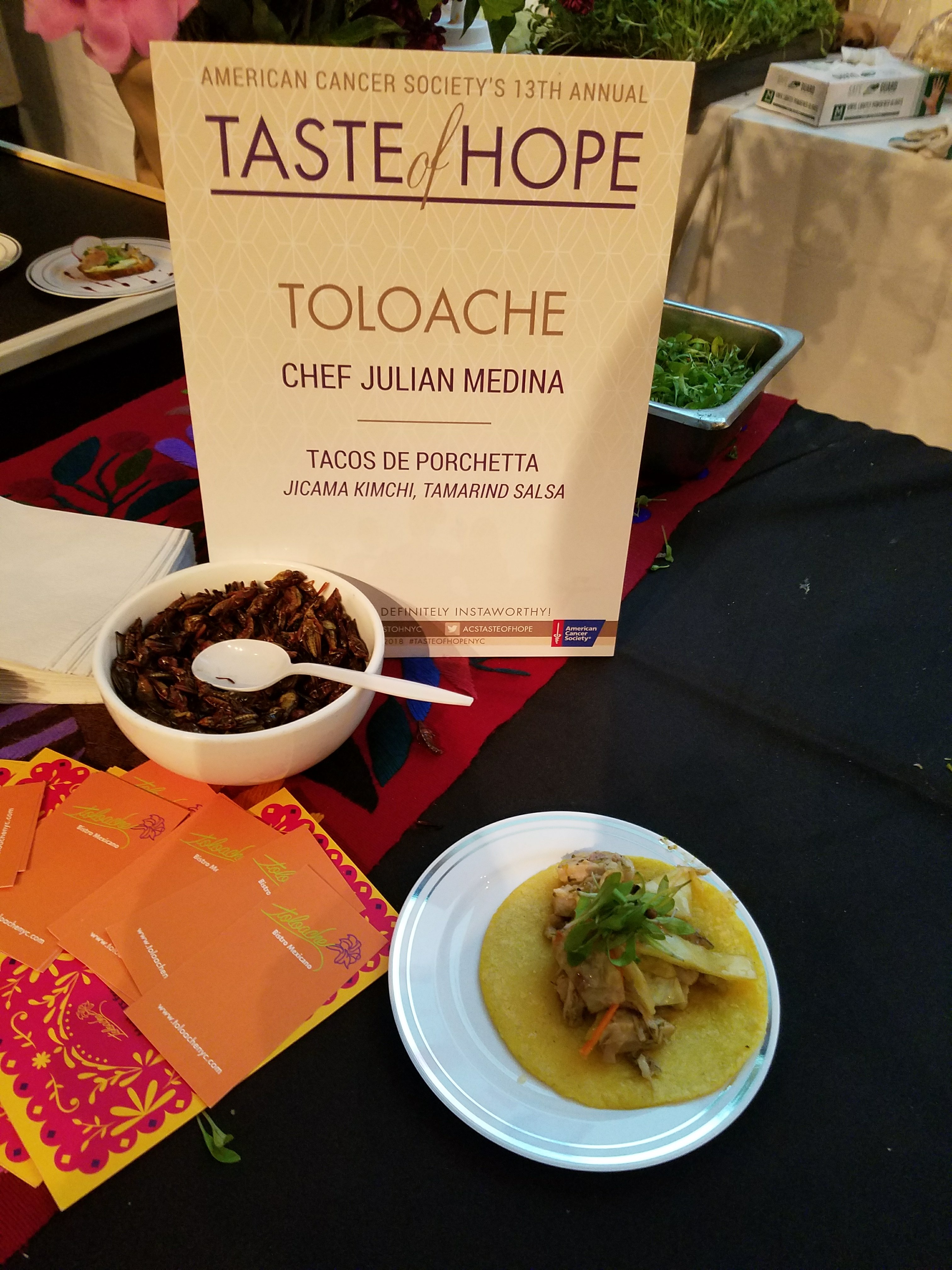 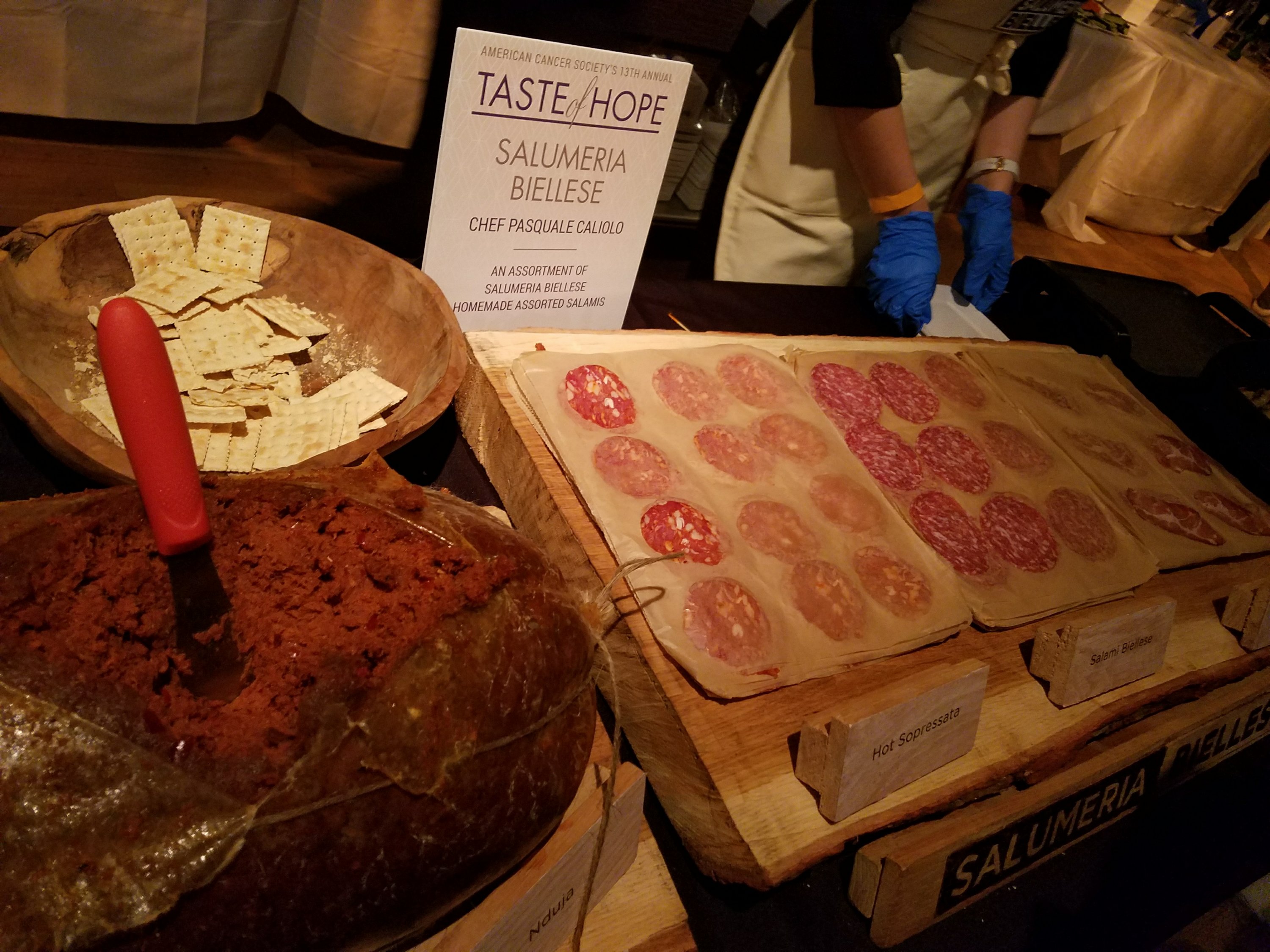 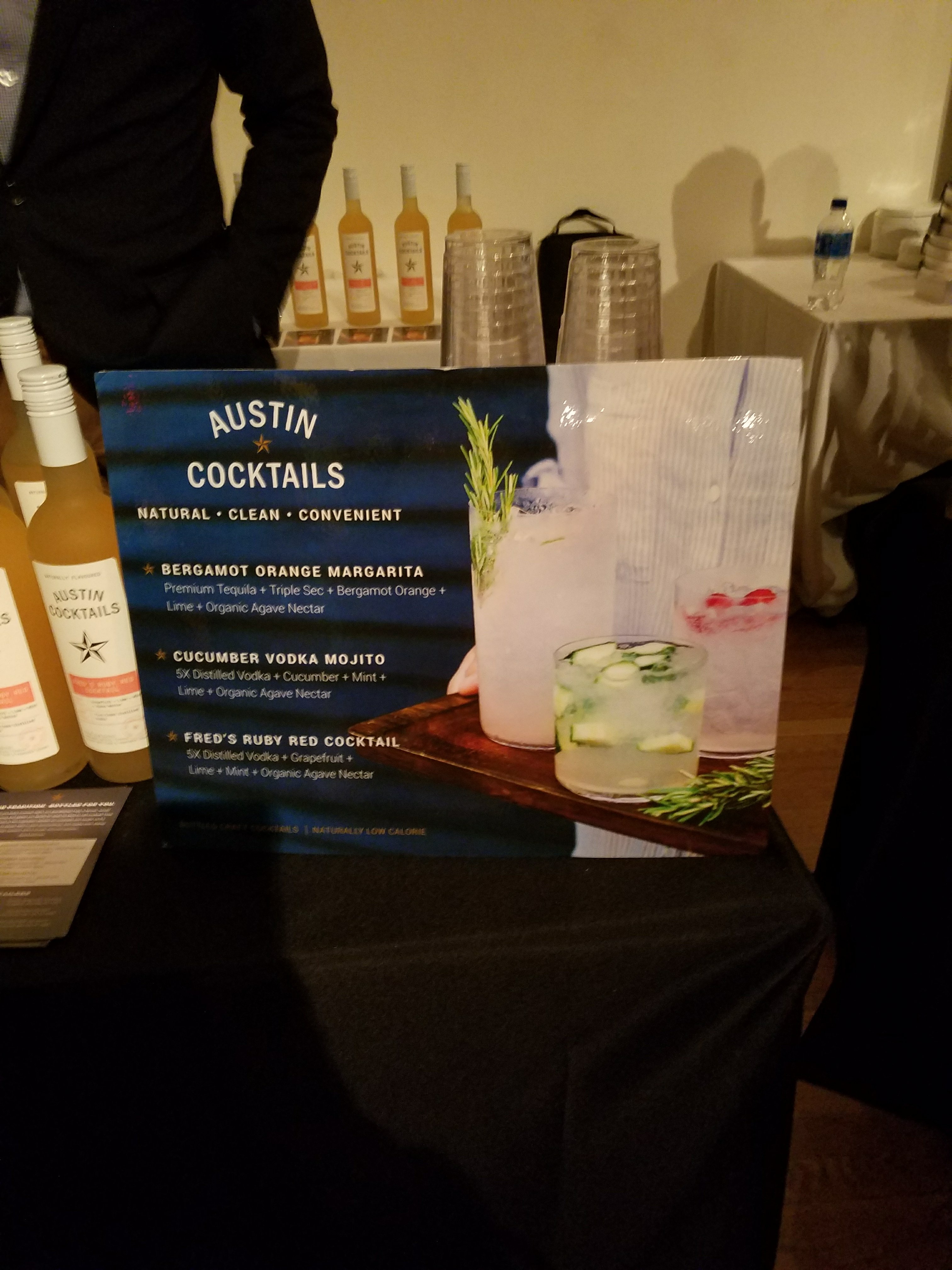 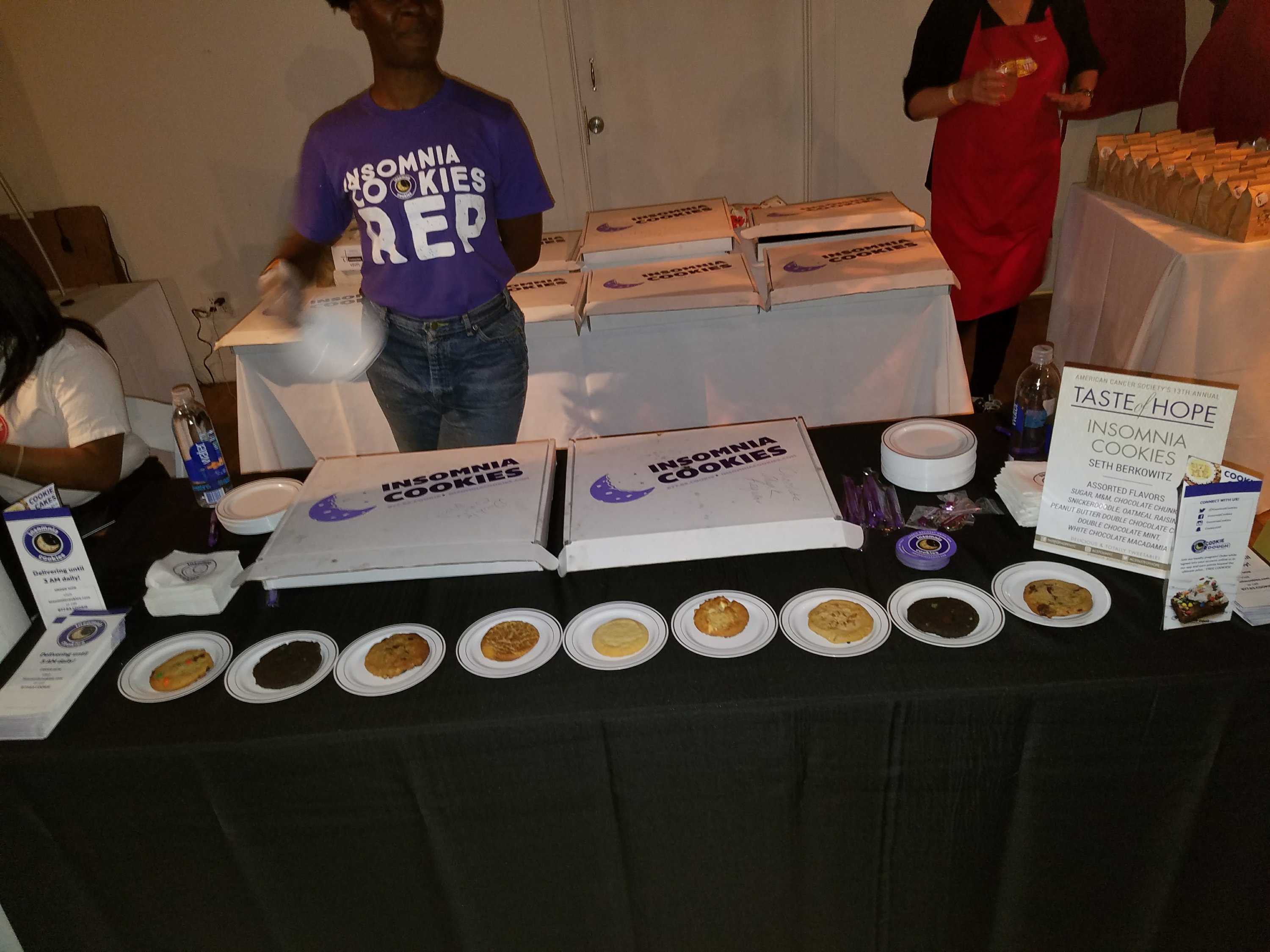 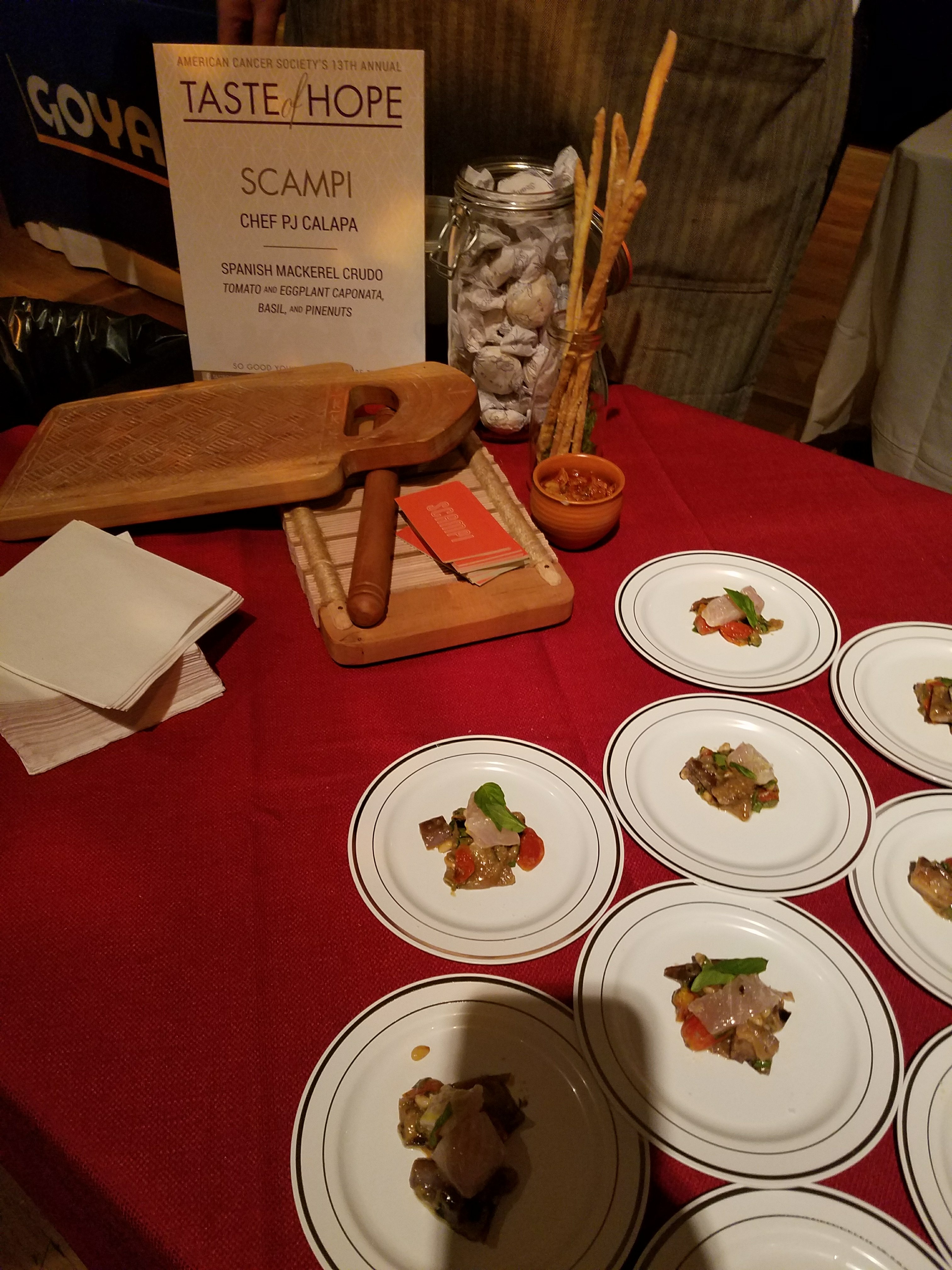 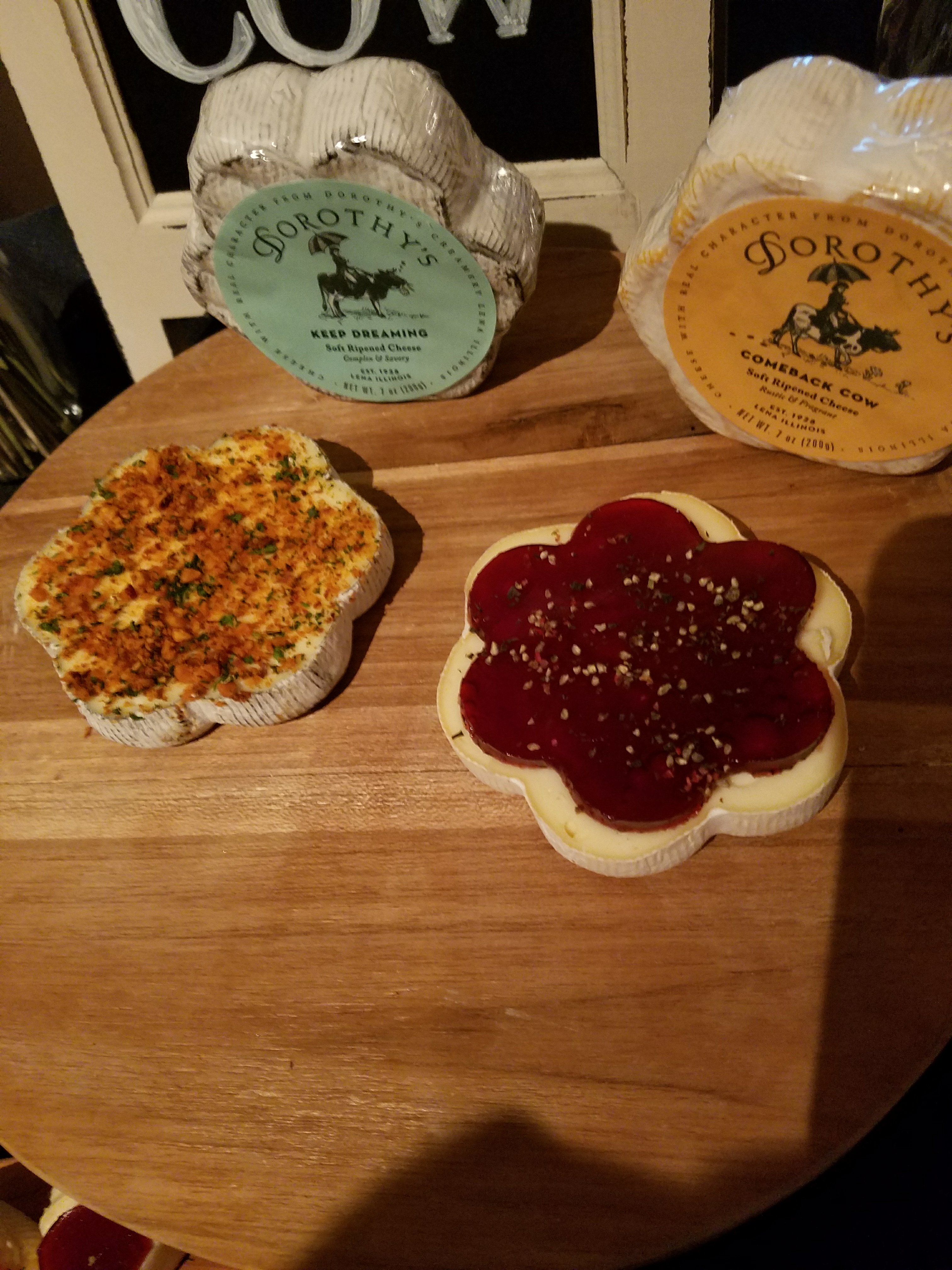 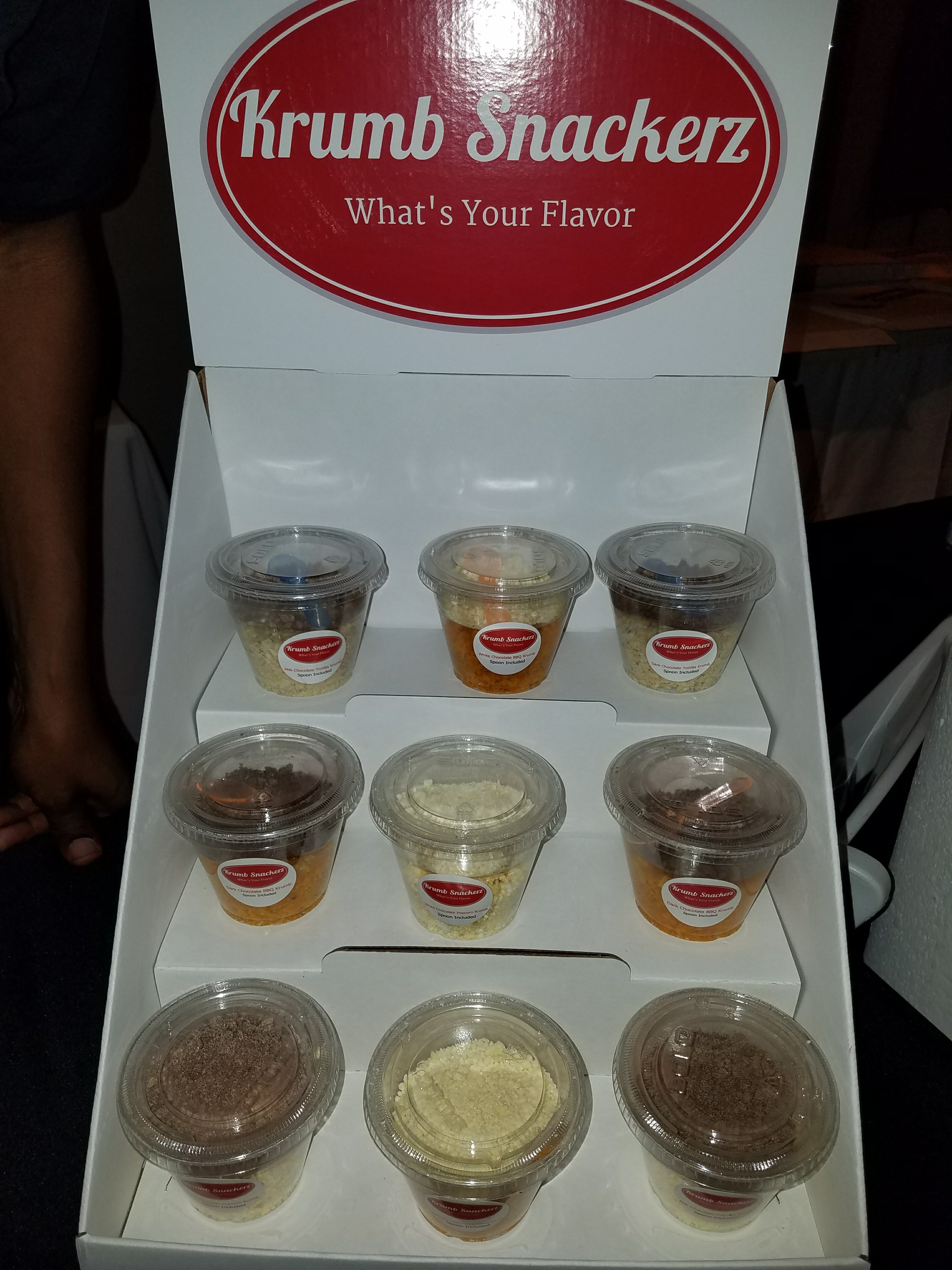 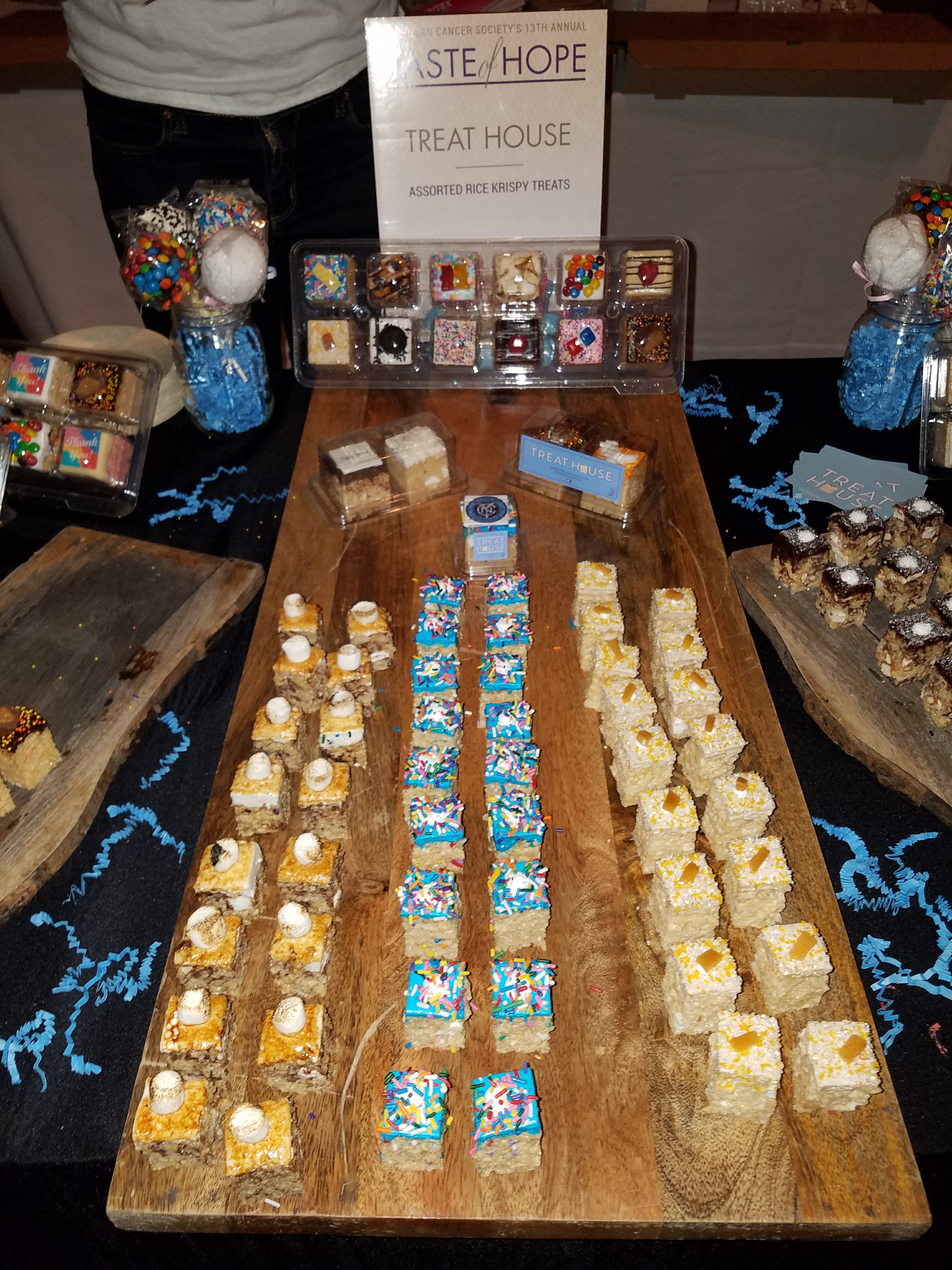 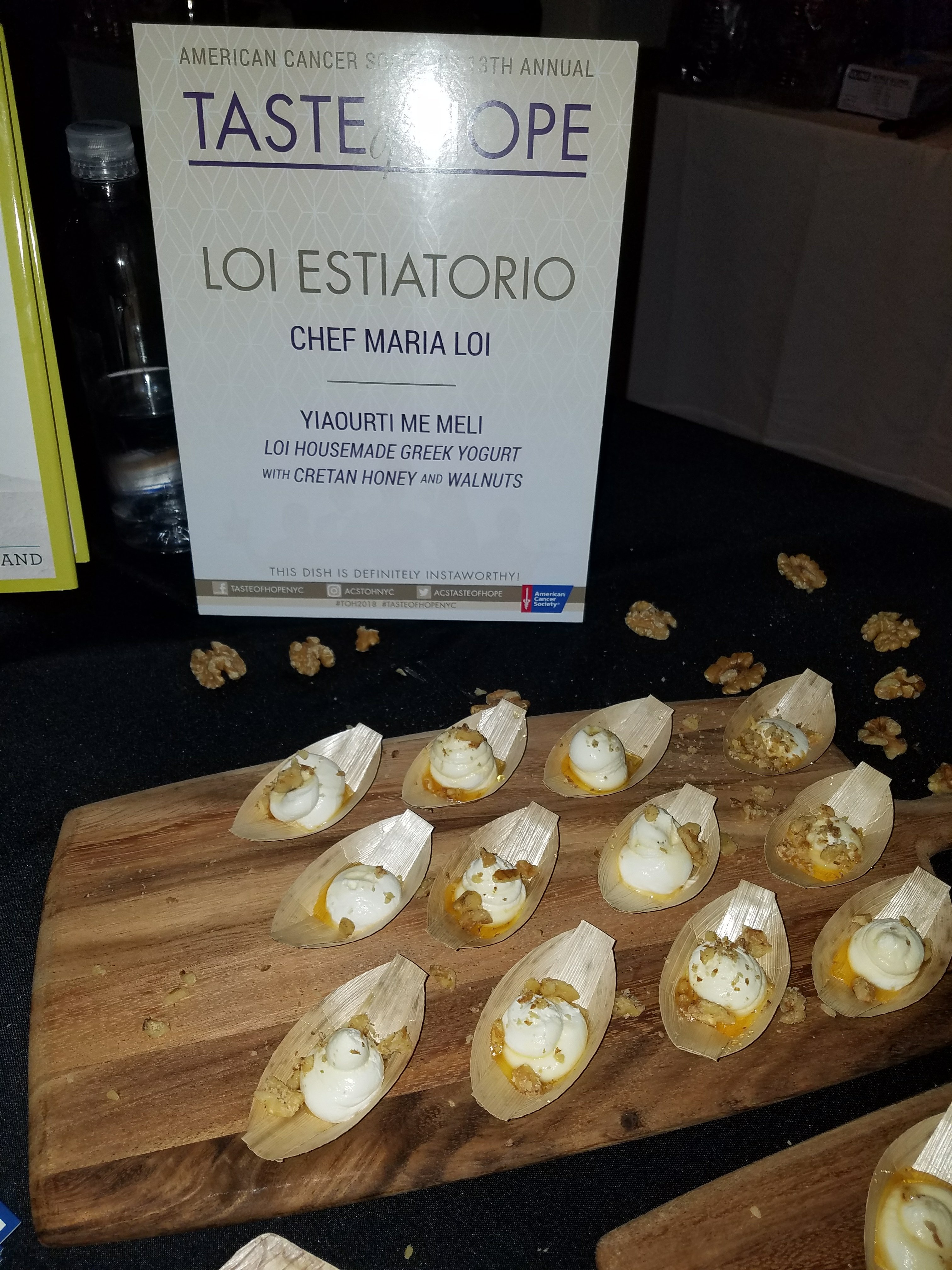 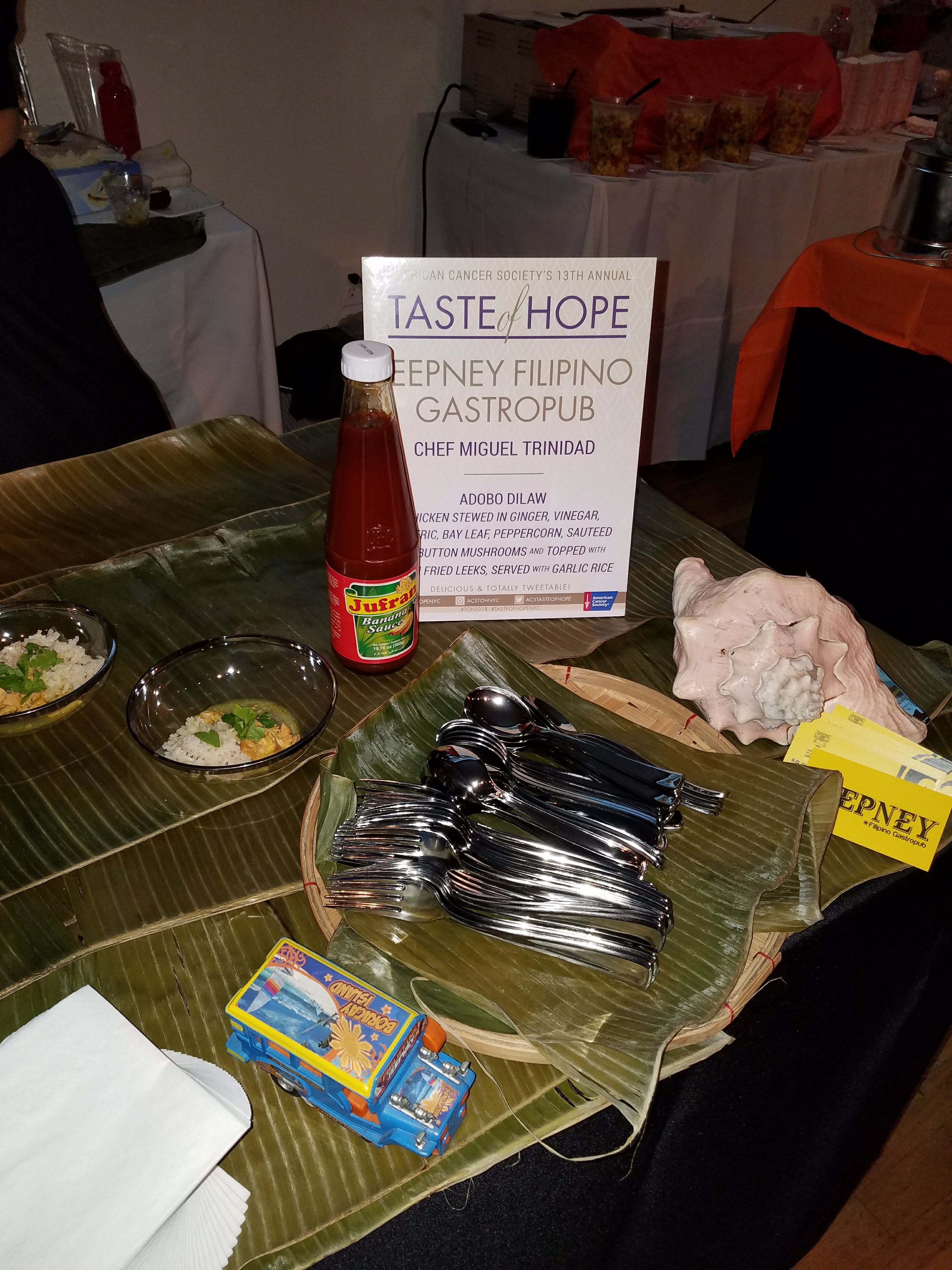 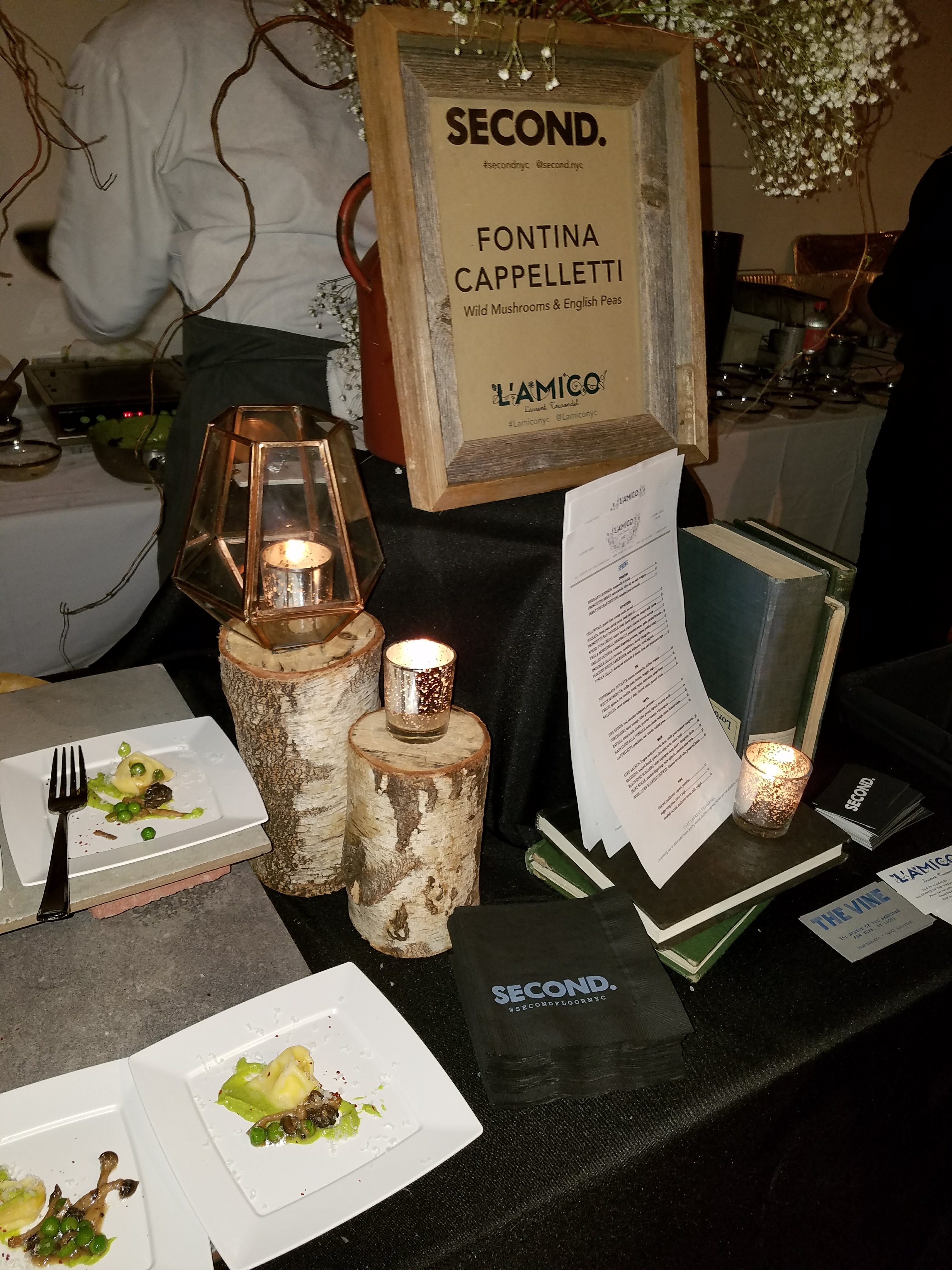 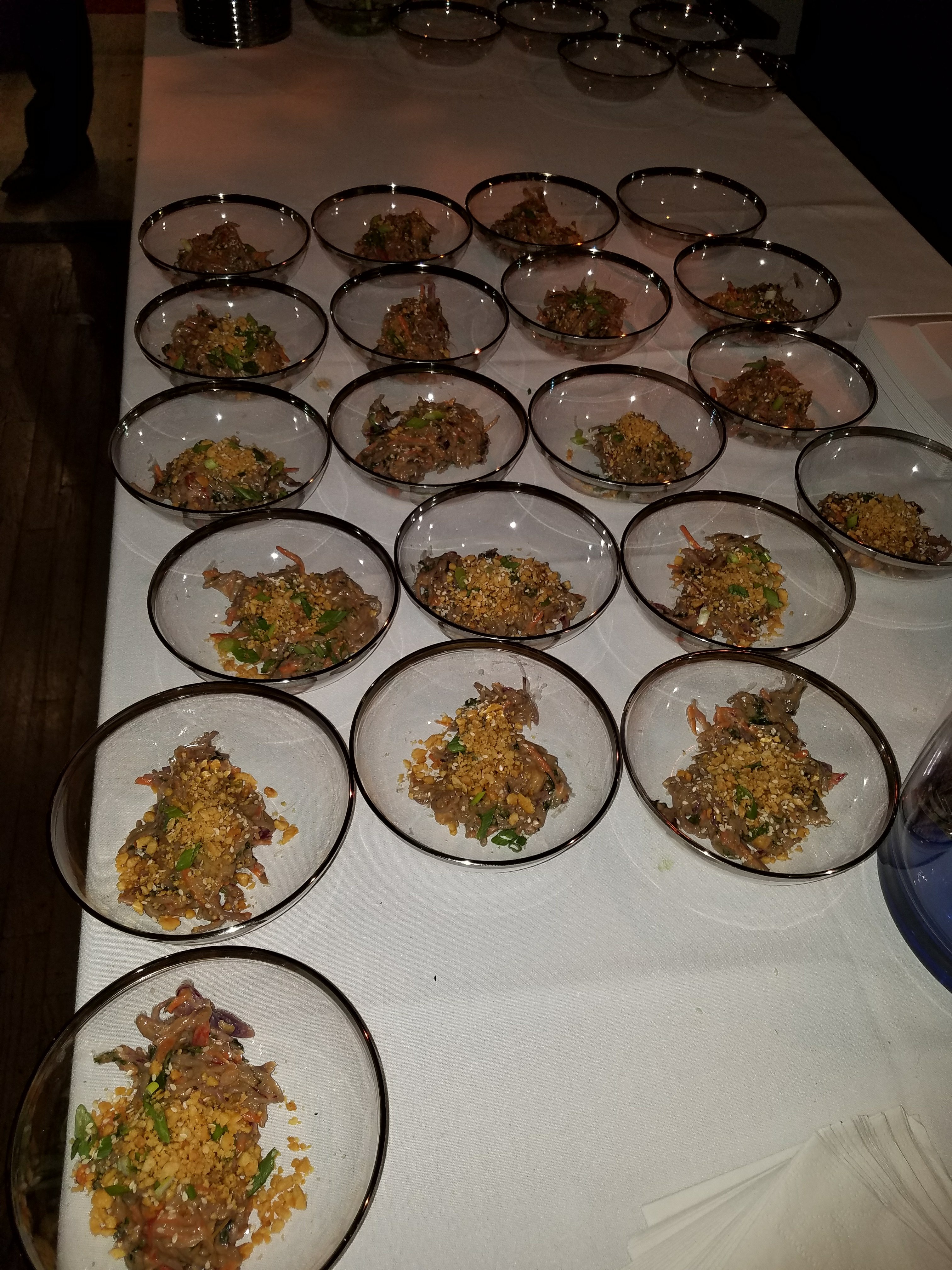 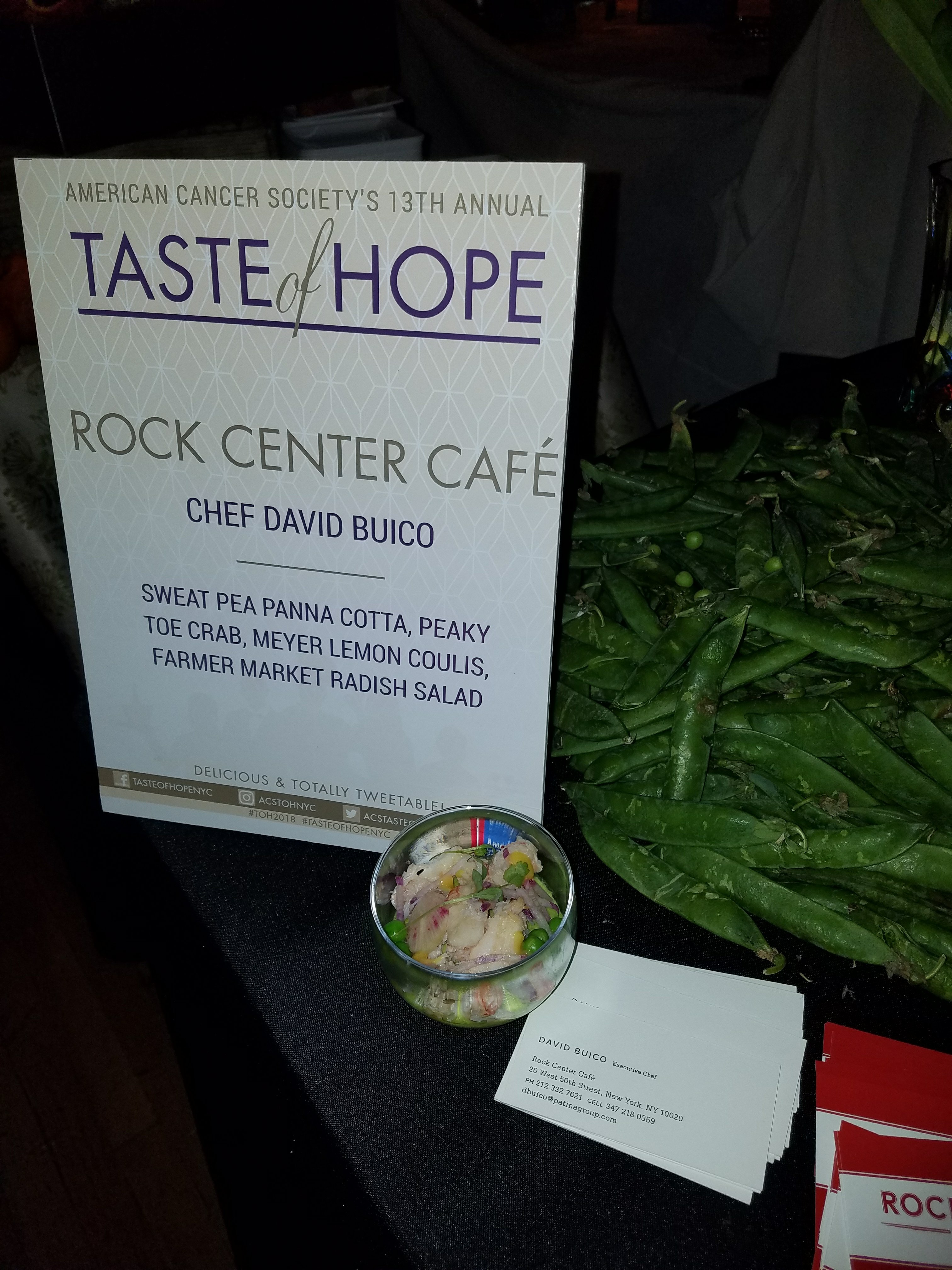 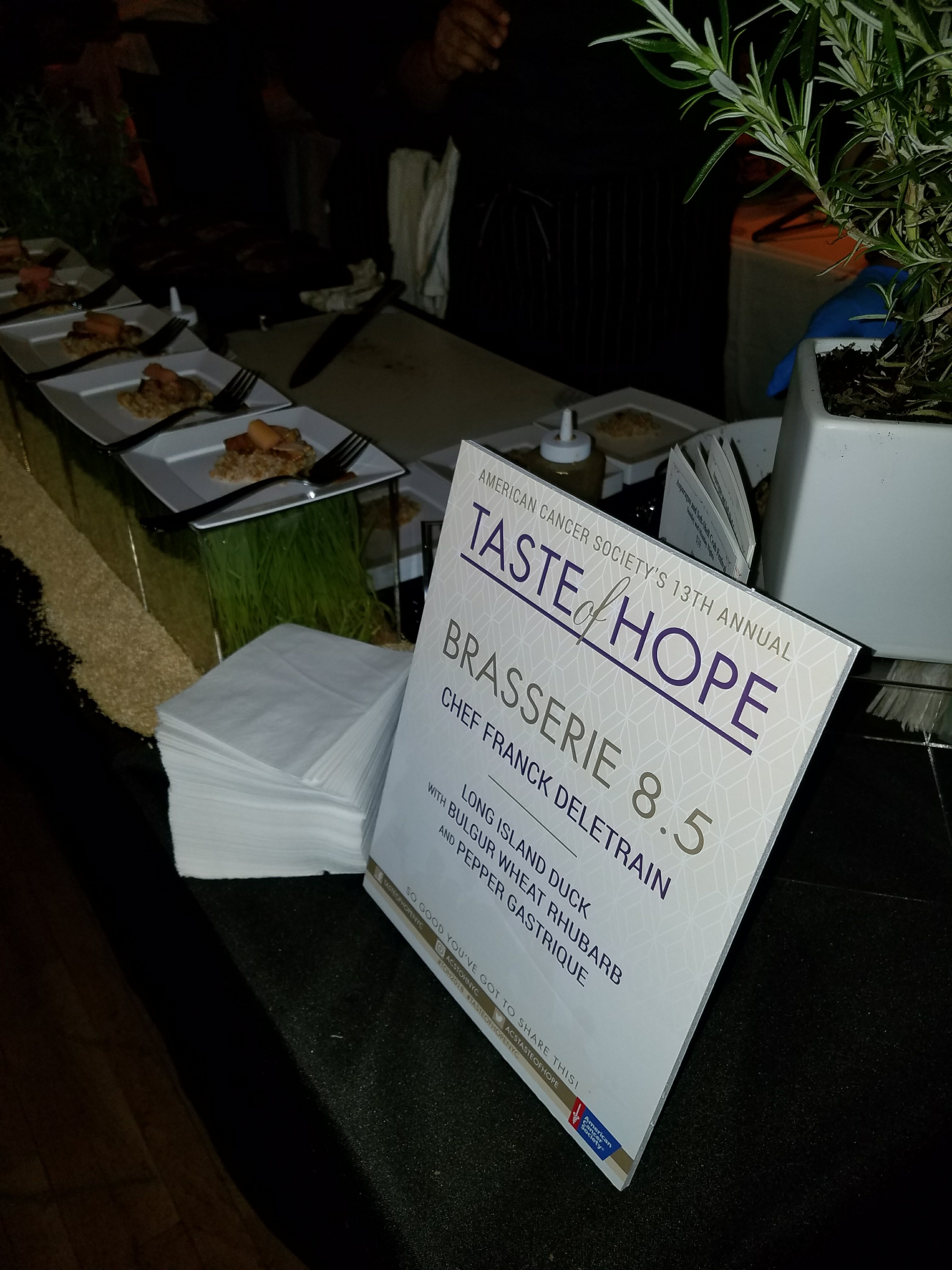 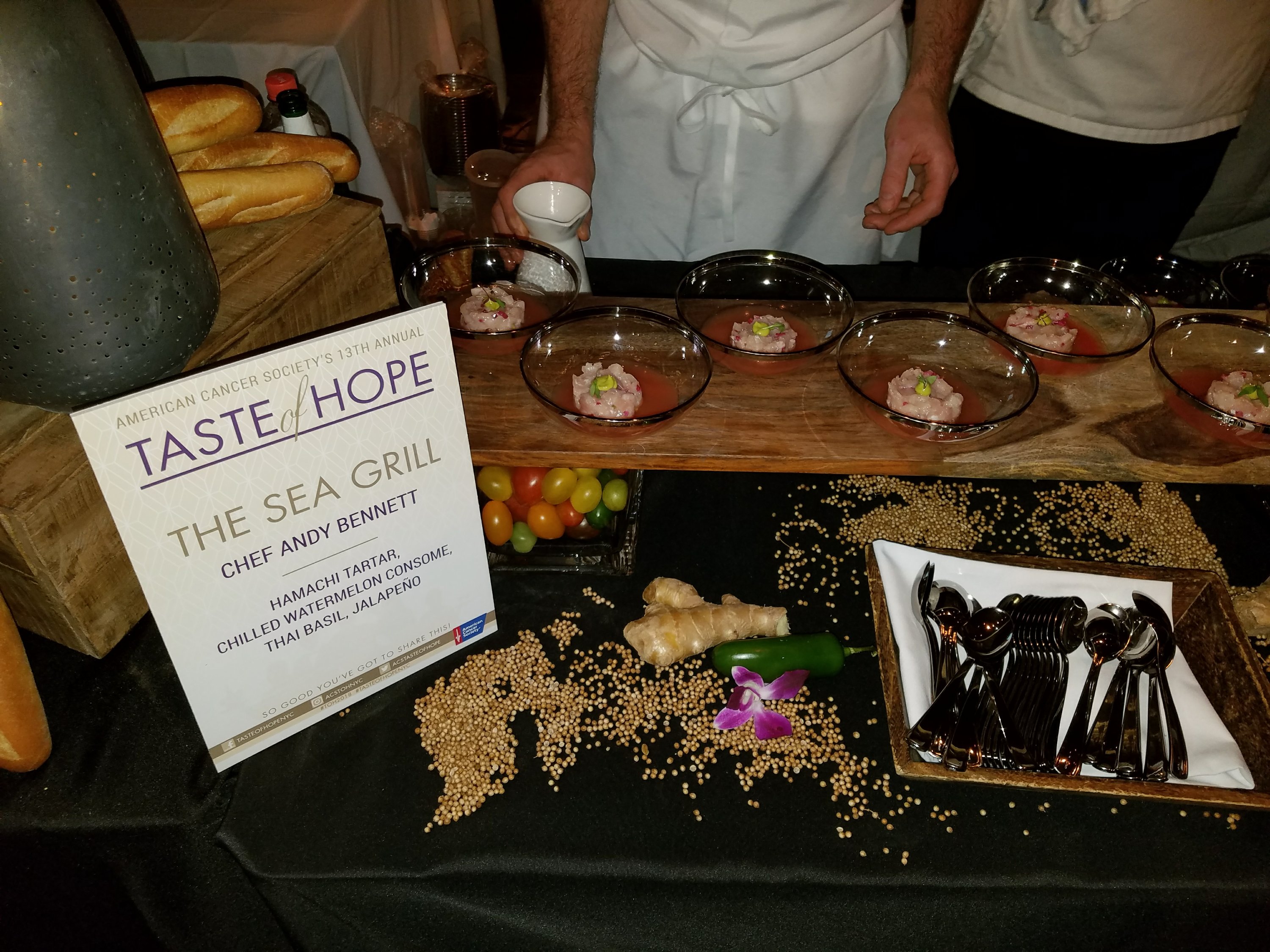 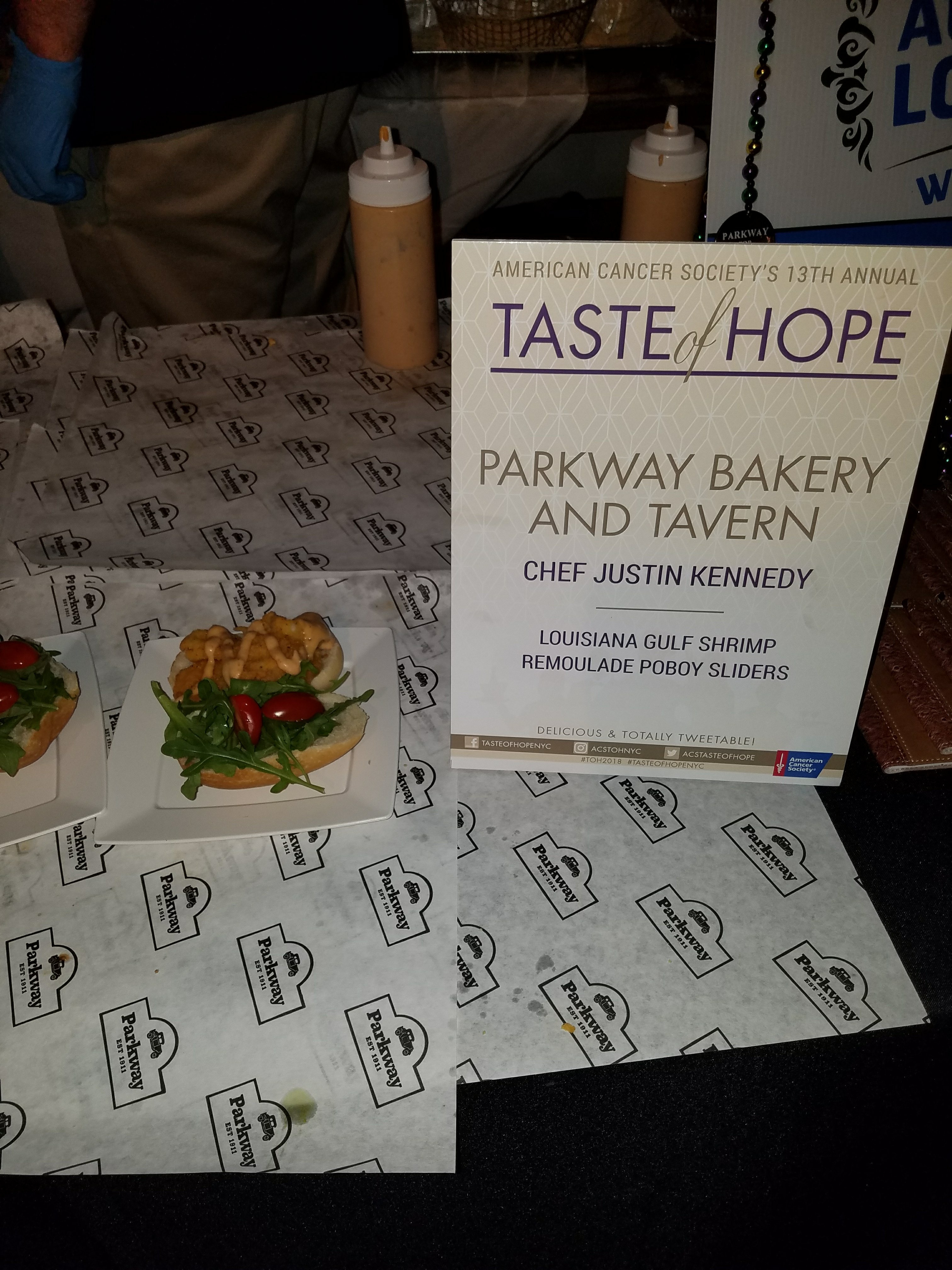 There were a lot more stuff at the event. The event set up gets better and better every year. There were a lot of wine tastings, beer tastings and emerging food companies promoting their products.  More importantly a lot of the food tastings were on the healthier side; there were salad variations, ceviches, and barbecued dishes.

I can’t wait to visit these restaurants during the upcoming restaurant week if they participate.  Stay tuned.

Today is the last day of NYC Restaurant Week and after reviewing menus and reviews, I was not impressed with the options that were offered this season. Therefore, I was considering skipped this season’s restaurant week. However two of my friends wanted to do restaurant week lunch and dinner. So after getting my arm twisted, I ended up eating a really good lunch at Cut by Wolfgang Puck in Lower Manhattan. My friend wanted to eat there and so I joined her. The service at this restaurant was really good and very accommodating.

For dinner, I decided to use my $100 gift card I won at last year’s American Cancer Society Taste of Hope event to eat from Massoni, an Italian/Asian casual fusion restaurant. Service was not par and food was not what I had expected. Furthermore the waiter was terrible, he didn’t know how the food was made and screwed up people’s orders. He suggested items for the $42 prix fixe, which was a bad idea because everything was salty. The waiter too responsibility for his mistake and gave me a free drink and a side dish of squash. 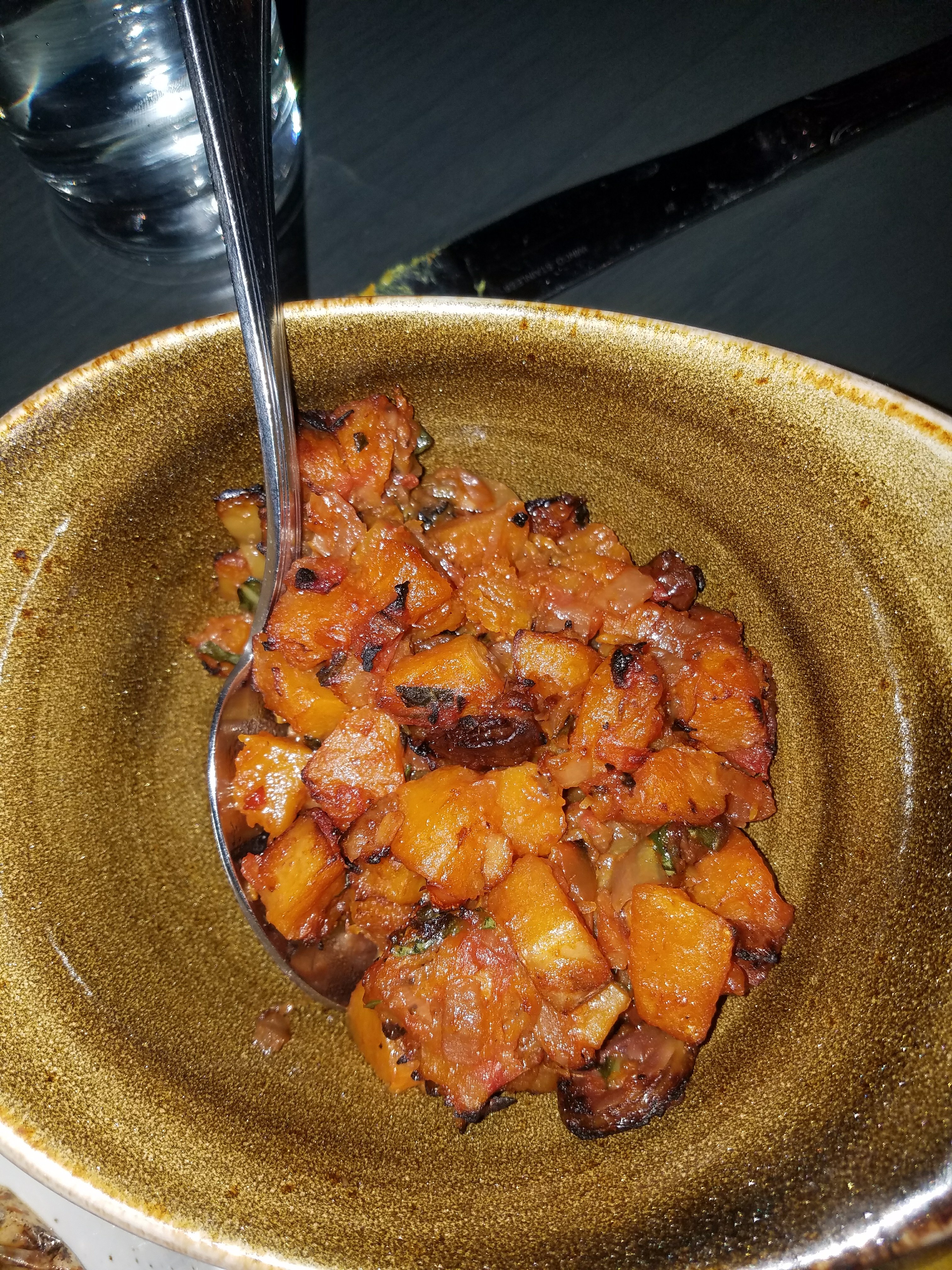 In addition, I took advantage of the happy hour $8 wines until 7pm. I had a Falanghina/fuedi di san gregorio 2014, a white wine and a Barbera/pico maccario 2015, a red wine. 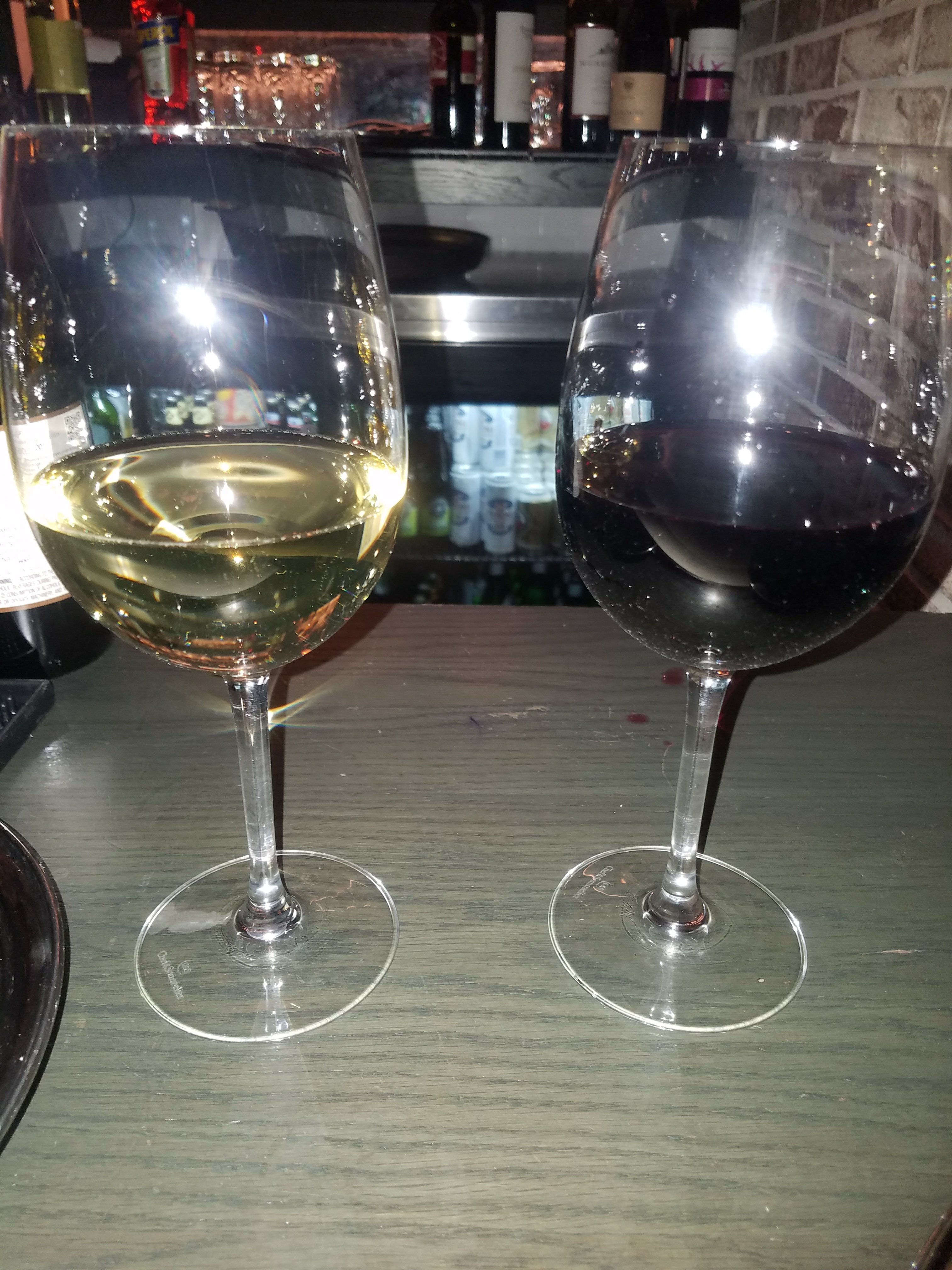 For the $42 salty three course prix fixe dinner, I ordered Biriyani balls, Brussels sprouts pizza, and Snickers cannoli. Let’s put it this way, the cannoli was the best dish out of the three. The first two dishes were so salty that I couldn’t finish it, my friend shared the appetizer with me and I took leftover Brussels Sprouts pizza home. 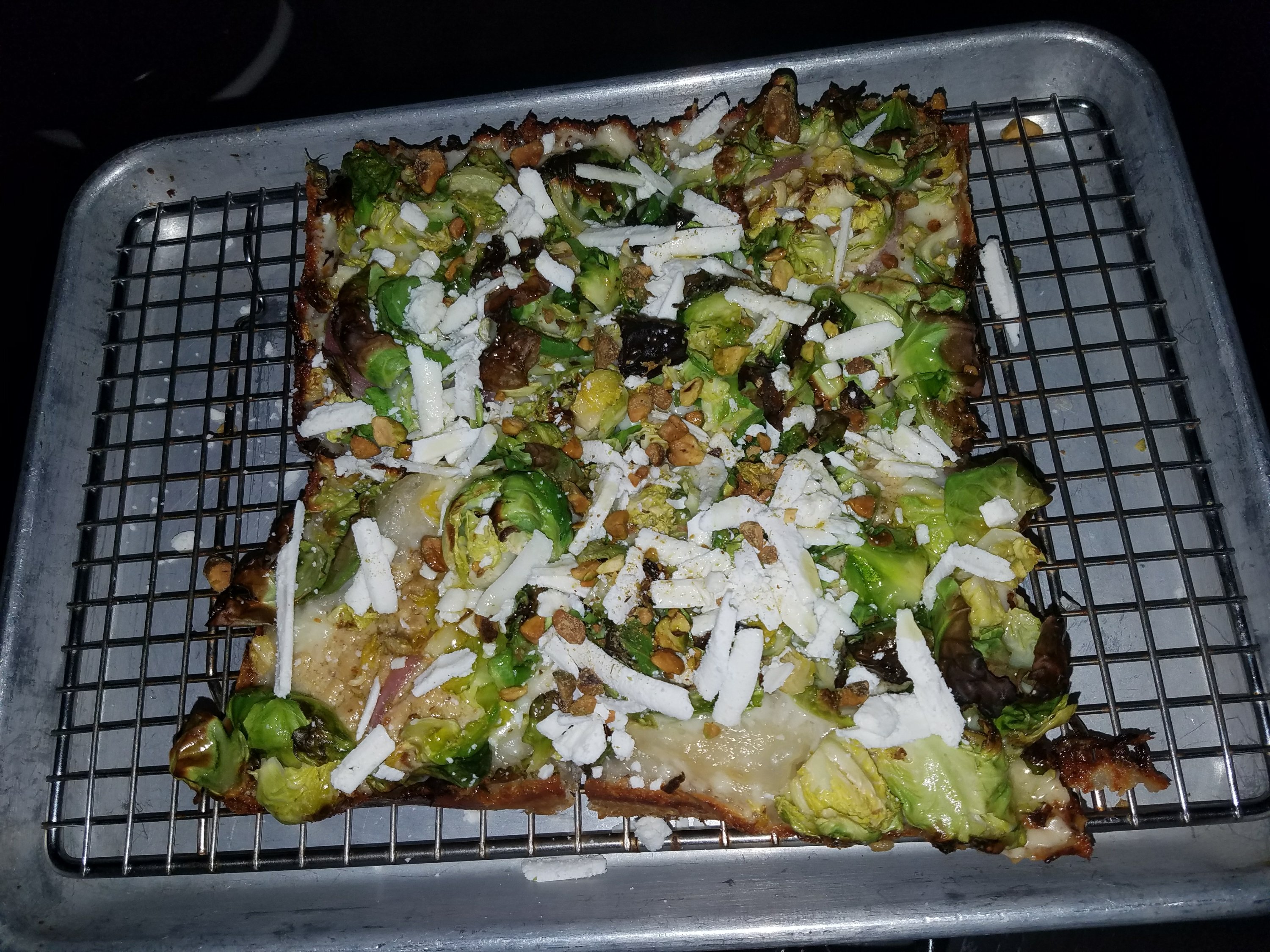 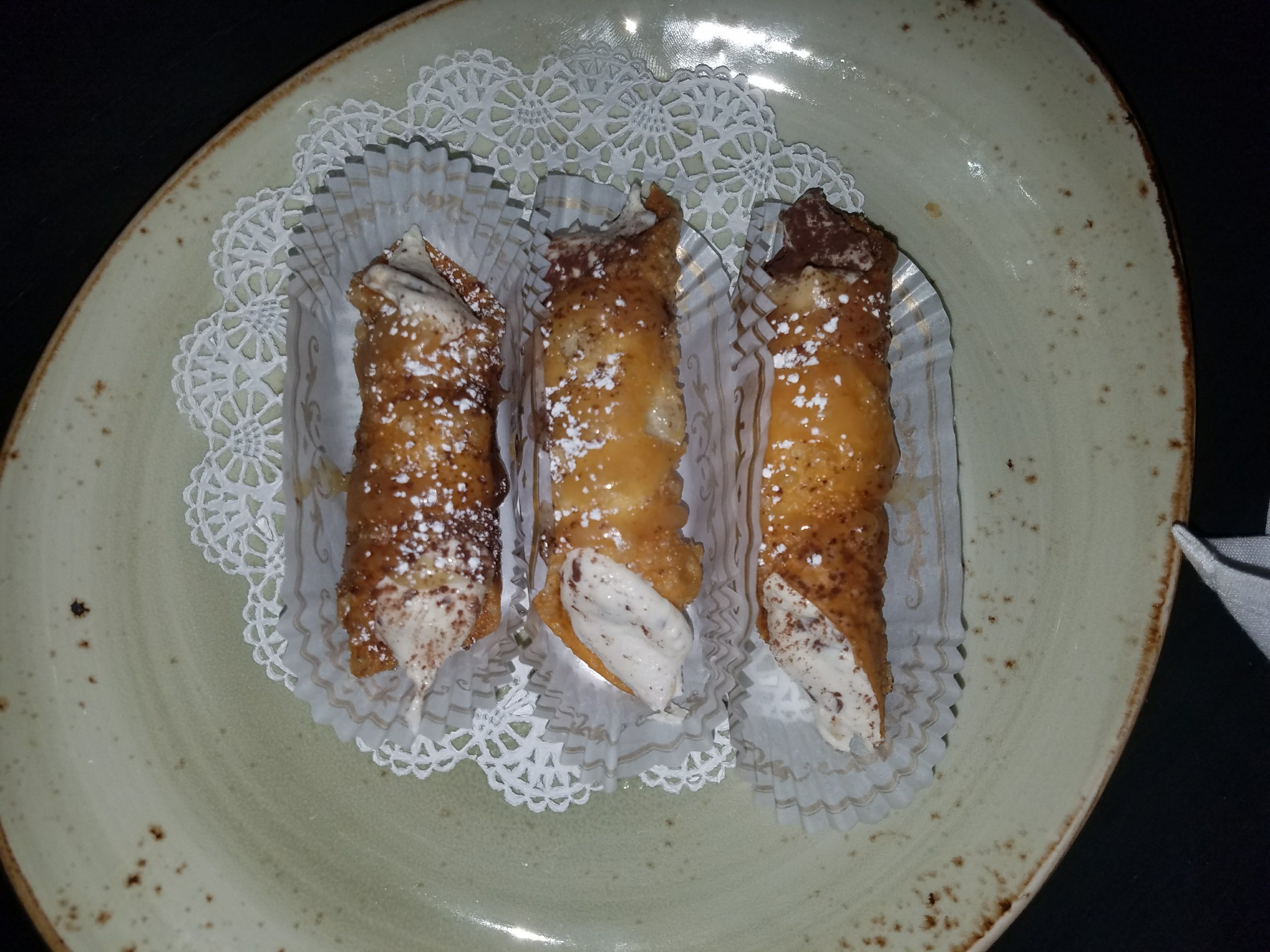 By far Massoni was probably the worse restaurant week meal I have had and I used the remaining balance on the gift card to order more food to see if their regular menu was better…. 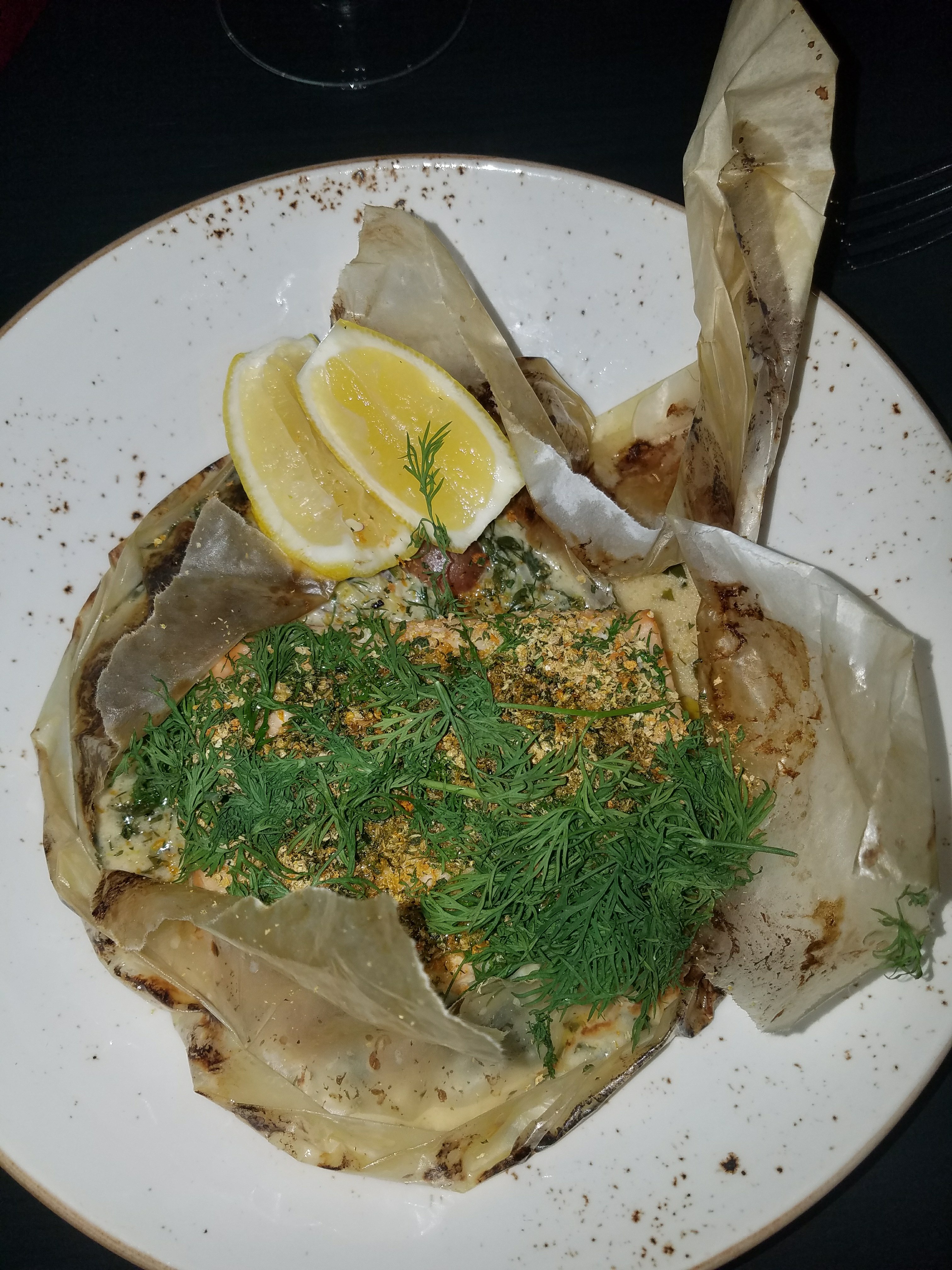 If it was not for the gift certificate I would not have eaten at this restaurant. I believe the food needs more work, I have to give the benefit of the doubt that this place opened less than a year ago. Honestly, I would not come back here, there are more restaurants out there to try for better food and service.

Happy Saturday! Trying to stay cool on this end, I’ve recently had a brief meeting with the committee at the American Cancer Society and guess what?! They will be hosting another event – the first ever Taste of Hope Comes to Broadway this coming Monday July 24.  This is another opportunity for people who were unable to attend the 12th Annual Taste of Hope that took place on Tuesday May 9th.  Another plus to this Monday’s event is the cost of admission is only $50 and it’s 100% tax deductible.  Tickets to this event can be purchased here or at the door.

Below are images from the 12th Annual Taste of Hope event that took place on May 9th.

The food options were overwhelming but I was semi health conscious this time and did not consume as much carbs so I did not eat the sandwiches that was offered.   In addition, some of these restaurants are also participating in this season’s NYC restaurant week, which also starts on Monday and it goes until Friday August 18. Stay tuned for a post containing my recommendations for this season’s restaurant week.

Happy Thursday! It’s been a week since my last post plus I’ve been getting over a sinus infection/cold/sore throat. As a result my meals has been chicken soup and miso soup.

Anyways today’s Throwback Thursday post will be about a charity event that I am honored to be a part of the Benefit Committee for. It’s the American Cancer Society Taste of Hope. This year, they will be hosting their 12th Annual event on Tuesday May 9, 2017 in New York City. Early Bird tickets start at $175 for general admission, but the best deal is $450 for two premium tickets, which includes a gift bag.

Below are images from last year’s Taste of Hope event. I have had the privilege to purchase a ticket and donate to this great cause. 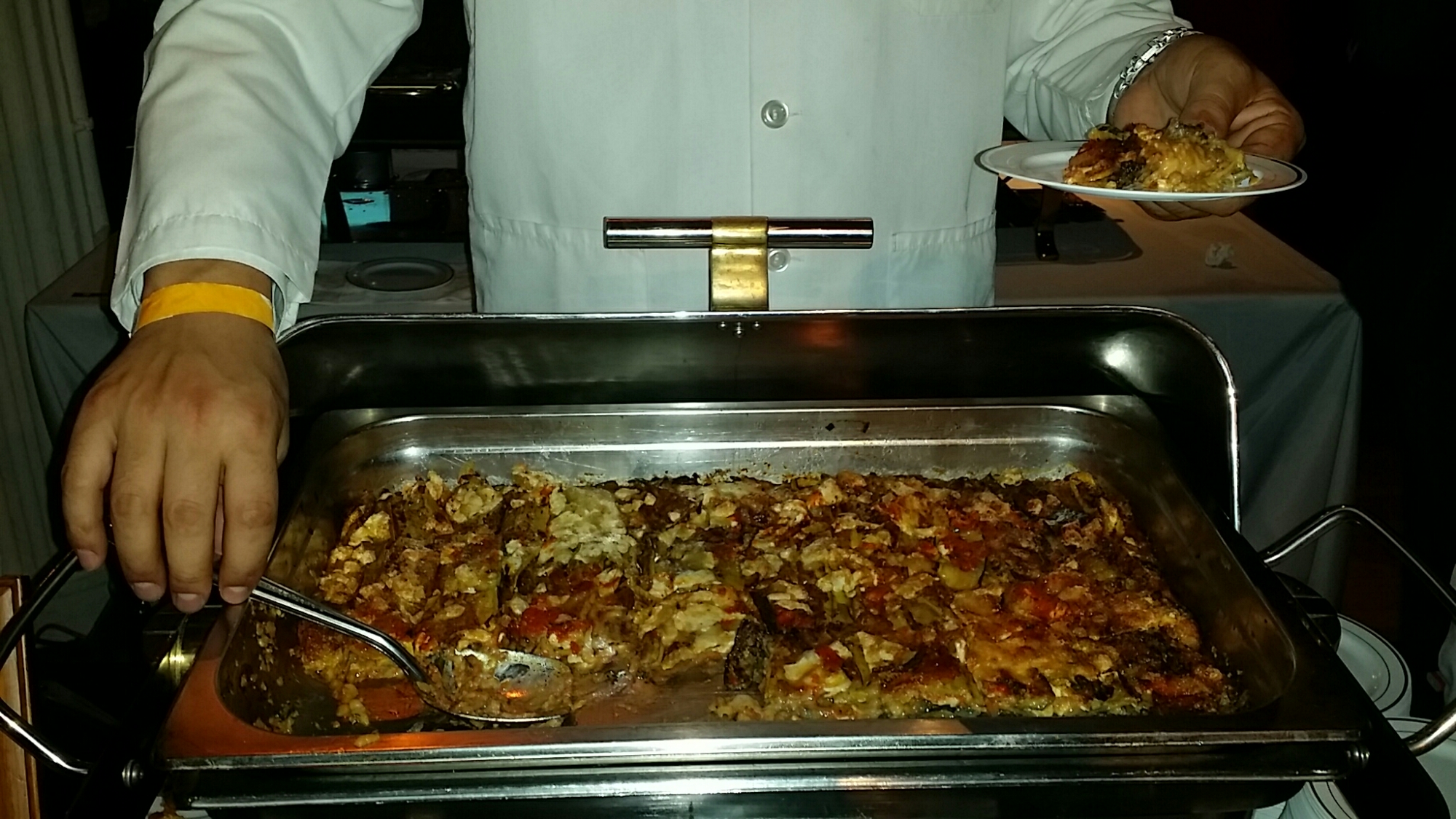 The Leopard at Des Artistes – Gnudi 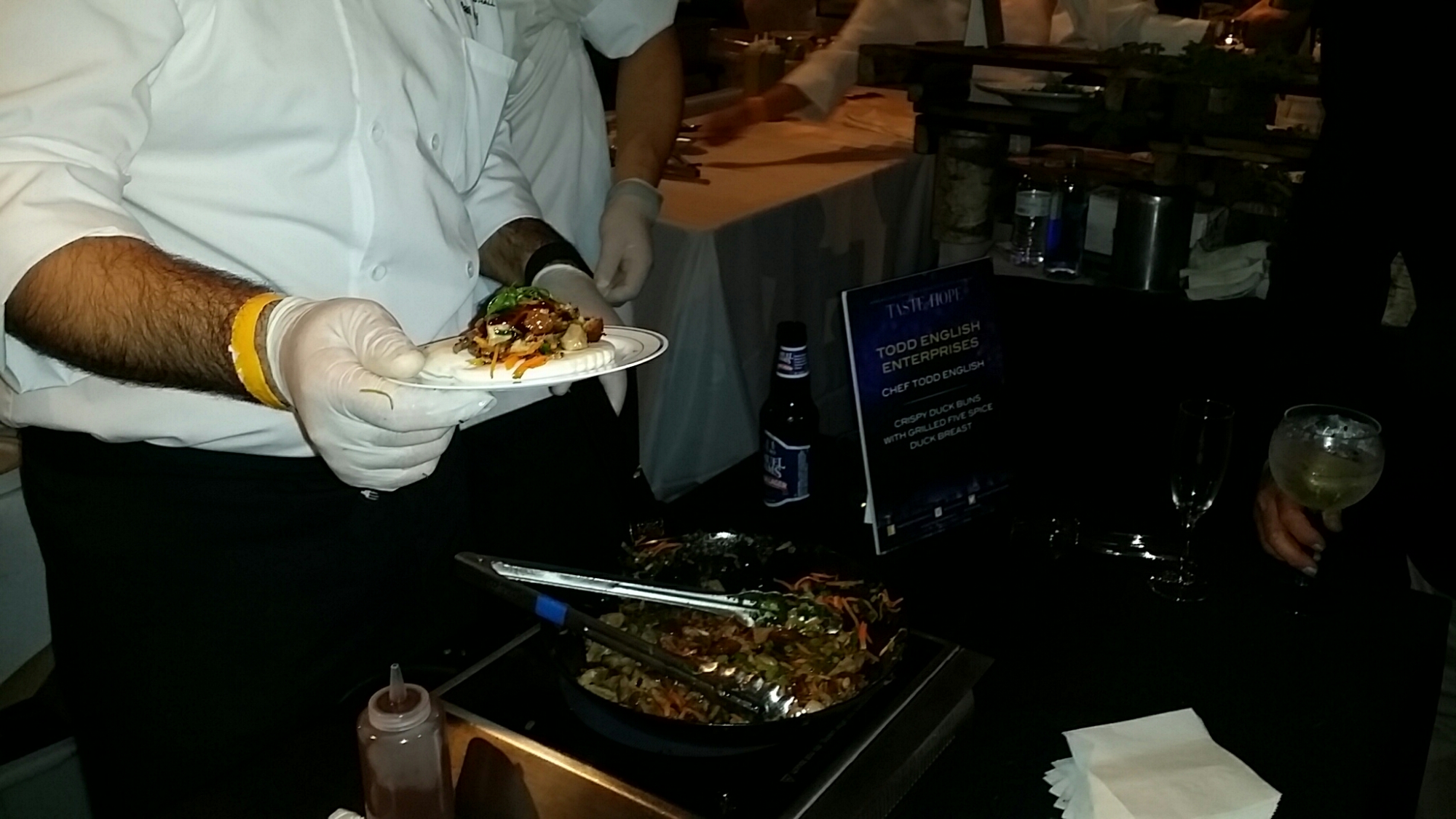 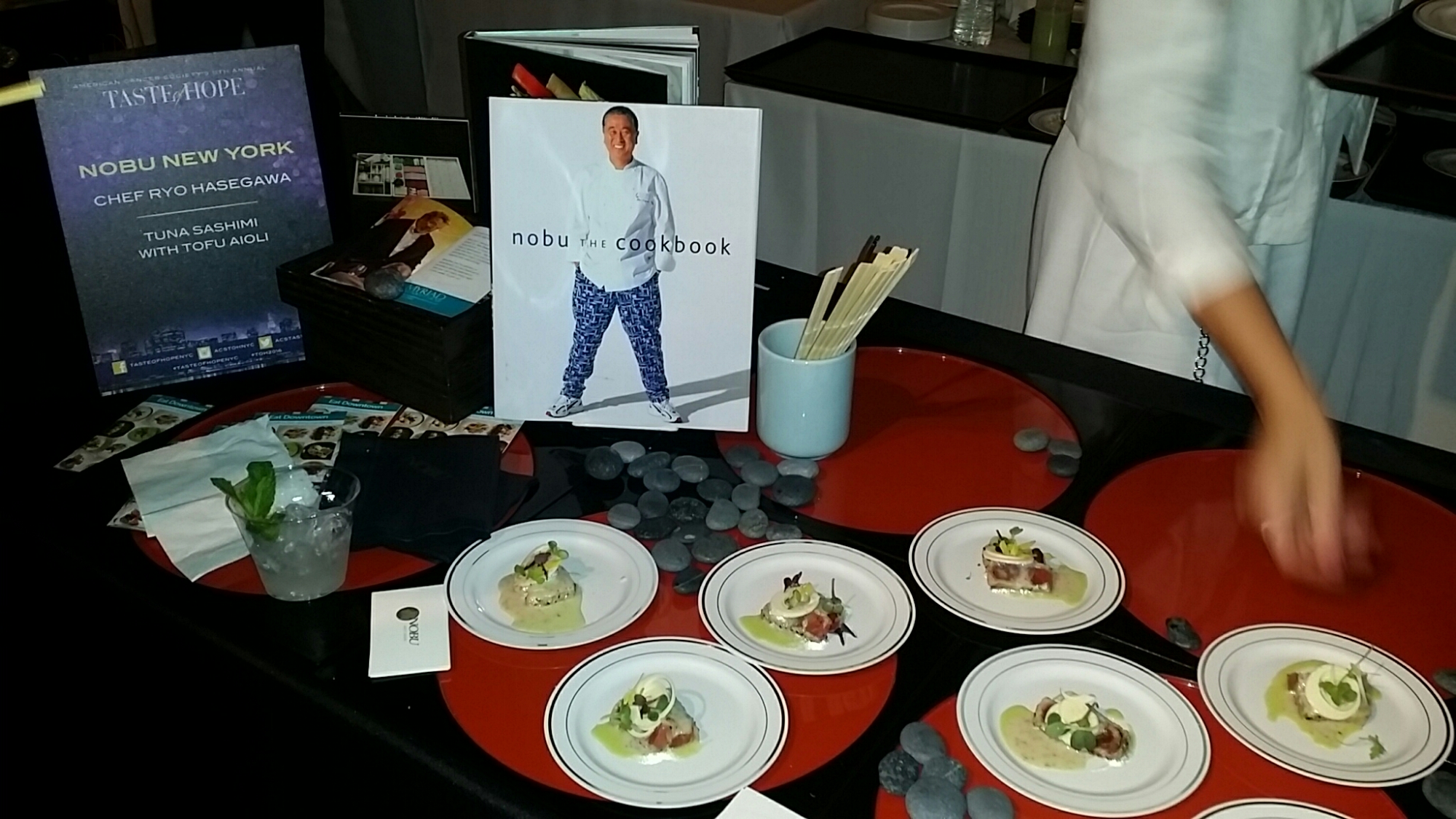 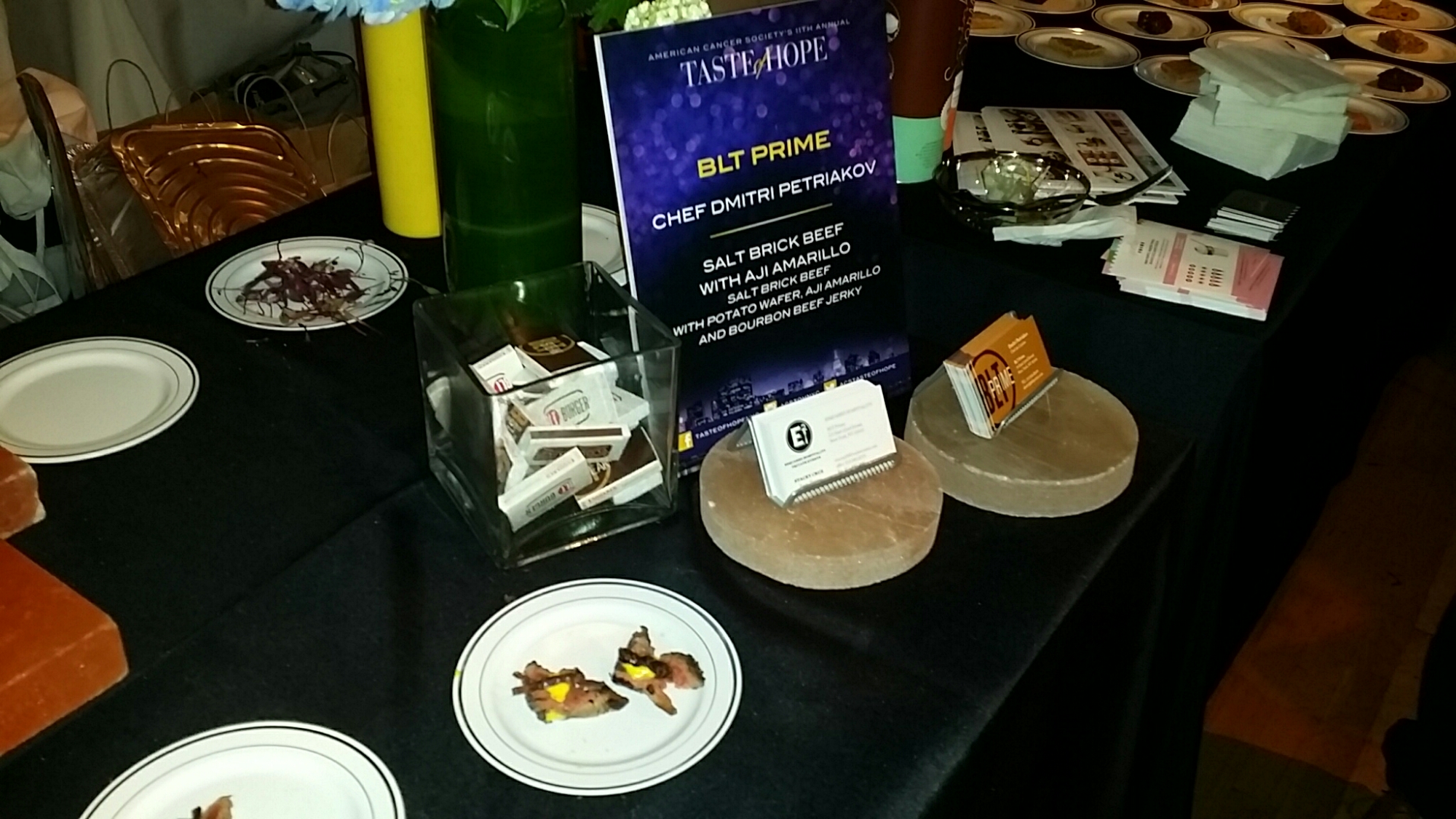 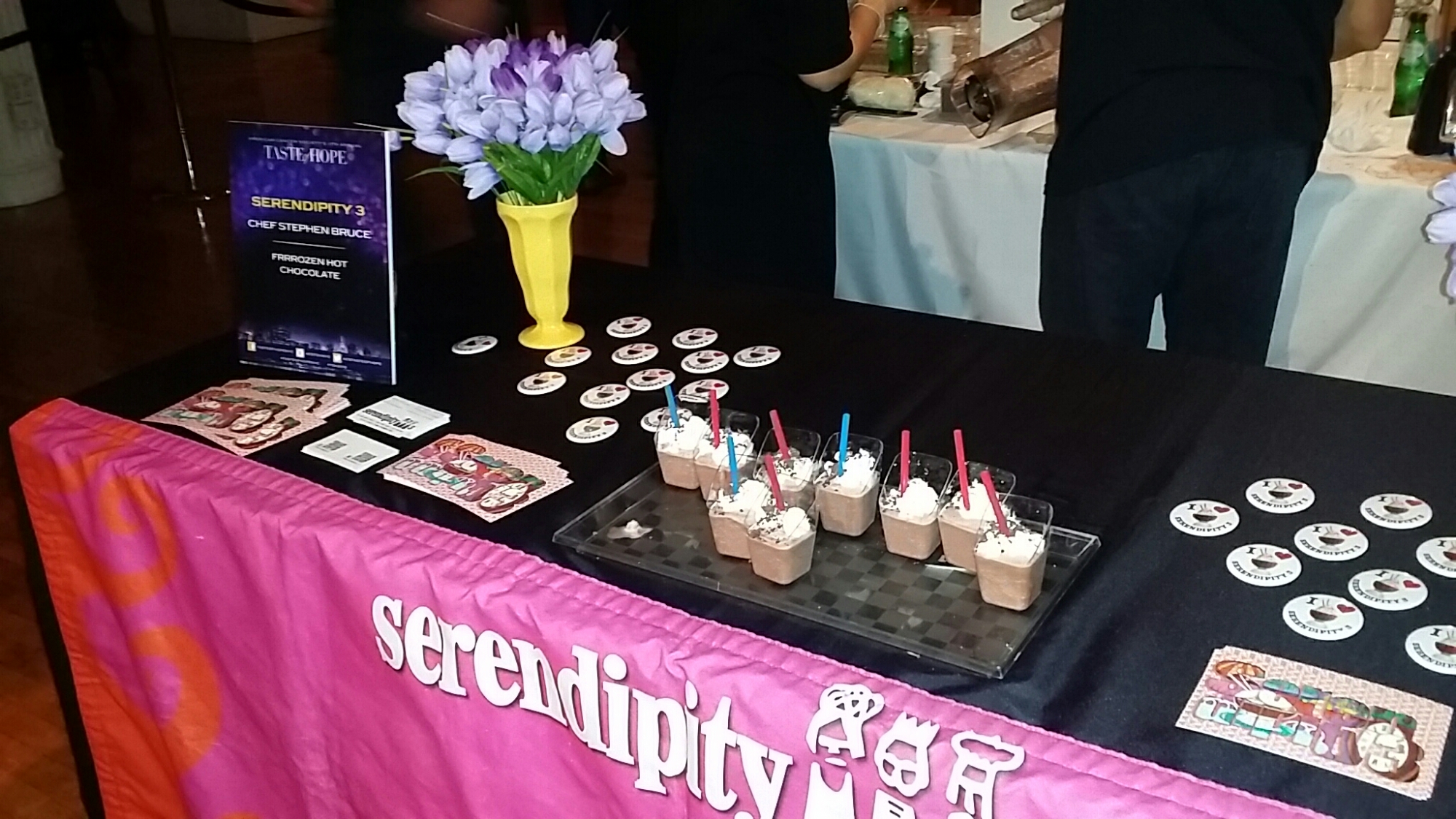 The food options were overwhelming but thanks to one of the honorees who provided direction that I was able to enjoy the best aspects of the food sampling. Obviously I was not paying attention on what was being consumed was healthy.