Two Mondays ago, on March 20, I’ve had the privilege to attend the launch of Assouline’s “Dinner with Georgia O’Keefe” at La Sirena located in the Meatpacking District in Manhattan.  The event was well attended by local TV personalities and celebrities such as Carla Hall from ABC The Chew, Nicky Hilton Rothchild, Timo Weiland, Prosper Assouline, and Alexandre Assouline.

Artistic and natural images depicting the relationship between art and food were provided by Robyn Lea who was present to sign copies of the book.  Recipes from the cookbook utilizes local and traditional ingredients inspired by the artist’s relationship of food and the New Mexican landscape.

More importantly I came there to explore and taste the food created by La Sirena’s Michelin starred chef Anthony Sasso. Cocktails were sponsored by VDKA600.

The food was overall tasty and natural. The recipes provided appear to be user friendly and ingredients are health-friendly and accessible at any supermarket. Unfortunately I was unable to taste everything because of the sacrificial commitment to give up meat for Lent. 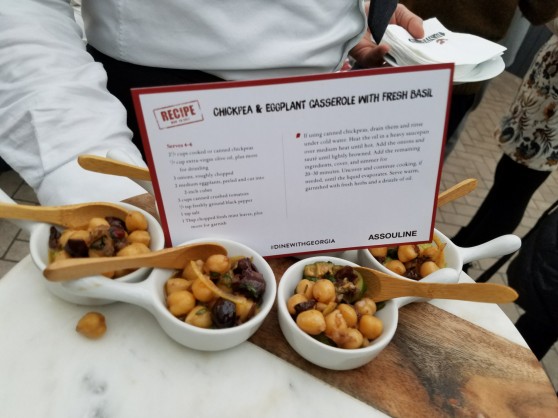 Finger food version of the Spaghetti with Pesto Genovese 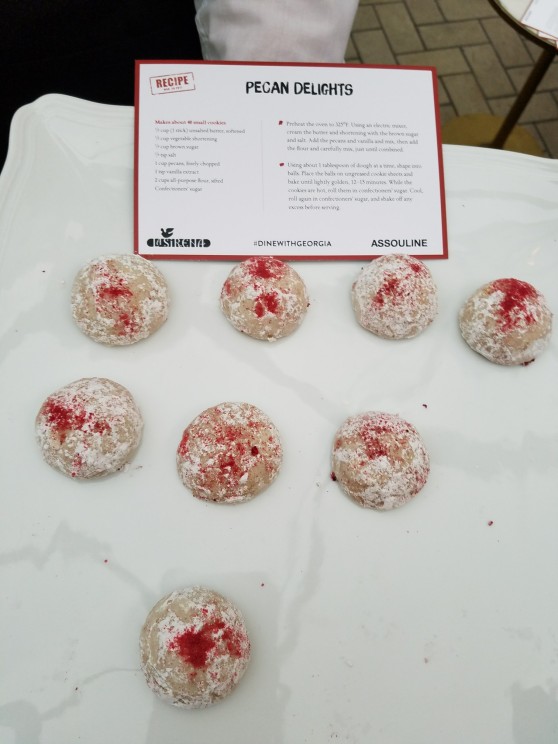 Finger foods inspired by recipes from the book

For the next two weeks, I will be seeking to test out the meatless version of this recipes such as the spaghetti and pesto Genovese and chickpea and eggplant casserole.