Happy Thursday so as promised and better late than never I will be posting my dining experience from NYC restaurant week.  Although it was painful to see the $4 price hike on a prix fixe meal, I want to get my money’s worth eating a restaurant with a reputation e.g. Zagat rated, Michelin starred.  In my previous post categorizing where I would eat while getting my money’s worth plus collecting bonus OpenTable points.

Well guess what, I did not include a farm to table Michelin rated restaurant called Blenheim.  The reason why this restaurant was not on my list of restaurants to eat during restaurant week was that their menu was not yet posted on their website or NYC.go’s site.  Anyways, the ambiance and West Village location, the restaurant was cozy, local and low key.

Unfortunately I missed the happy hour special, which ends at 6pm but very excited to indulge in their summer cocktail that contains a hashtag called “#WildWestVillage.  This cocktail consists of watermelon, tequila, honey and berry.  At at splurge of this $16 cocktail, one drink was definitely enough but more importantly it was very refreshing. 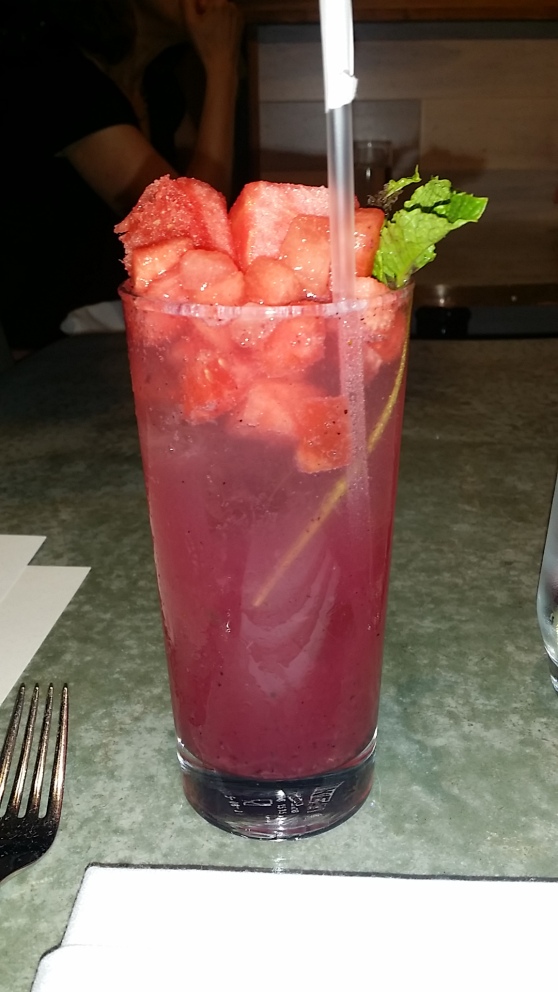 Two of my girlfriends joined me in this restaurant week experience.  The restaurant week menu and the regular menu were given with instructions.  If we wanted to order from the restaurant week menu, the whole table had to participate, which we all did.  Now in hindsight, service treatment was biased because we felt that we were not treated as regular customers.  For example, bread was served to us but in a smaller plate compared with the rest of the customers.  My friend actually called it out where our server heard it and the host had to “clean up the mess”.  Anyways, back to the food, the food served during restaurant week was in small portions compared to their a la carte menu.  However the quality of food did not disappoint.  For appetizers, I ordered the poached egg served with beans and asparagus.  My friend ordered the chilled soup and my order friend got the salad.  I had a tasting of all three dishes and they were all good, but my favorite of the three was the poached egg with asparagus and bean.  The presentation was natural and pretty, but more importantly the flavors were perfectly balanced. 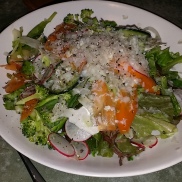 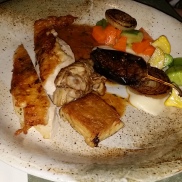 Blenheim’s restaurant week menu dessert did not have many options so we went with the waitress’s suggestion of the honey semifreddo and the suggestion was spot on.   The portion size of this dish was also good.  The semifreddo and the fresh wholeness of the berries with honey was a great end to the meal.

I would actually return to the restaurant just to have another order of the agnolotti regardless of the mediocre service.  But it would be interesting to actually see whether I would be served differently if I ordered from the regular menu than from the restaurant week menu.  Time will only tell…